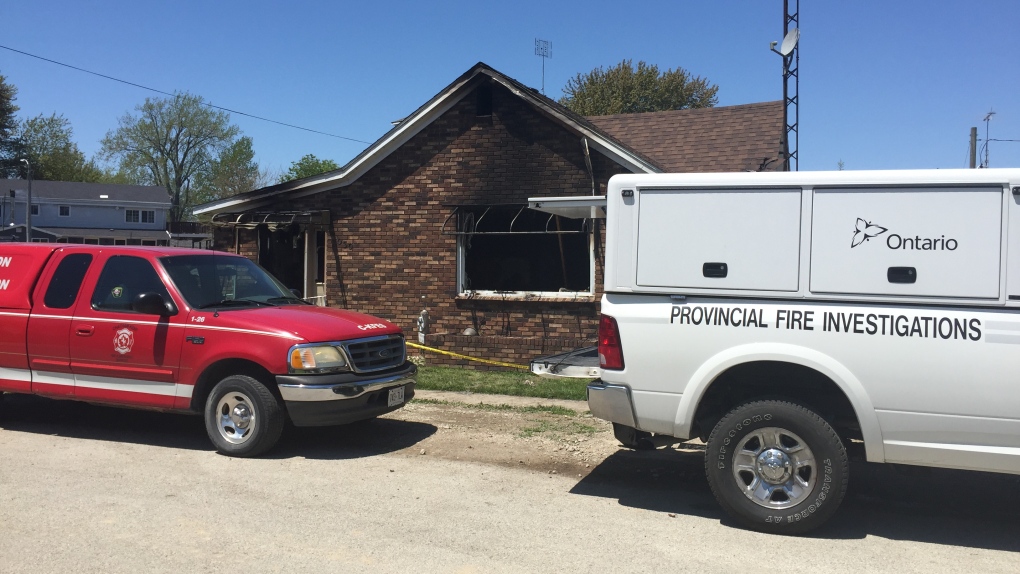 An investigation is underway following a fatal fire in Erieau, Ont. on Tuesday, May 26, 2020. (Bryan Bicknell / CTV London)

The Ontario Fire Marshal’s Office (OFM) is investigating after a fire early Tuesday morning in the Chatham-Kent community of Erieau claimed the life of a 73-year-old woman.

Crews from Erieau and Blenheim were called to 1030 Kerr Ave. for reports of smoke coming from a home on Kerr Street just before two in the morning.

When they arrived and entered the home they found the body of a deceased woman. Her identity has not yet been released.

Fire investigators on scene Tuesday said they are still trying to figure out what caused the fire, but they believe it started in an archway between the living room and kitchen.

He said that means “a fire developed and due to lack of oxygen it smouldered for quite some period of time. When the fire department arrived here and went in there was no fire but due to opening the door and allowing oxygen into the main floor it transitioned it back to flaming combustion and fire redeveloped.”

Emberlin said the home is damaged beyond repair.

Crews from station 14 - Erieau responded to a house fire this morning just before 2am on Kerr Ave. Station 18 - Blenheim was called immediately to assist. One deceased person was found in the residence. The OFM is investigating. @CKPSMedia & @CK_EMS were also on scene.

Just two hours later fire crews from Wallceburg and Chatham were called to a house fire at 525 Creek Rd. in Wallaceburg.

One person was taken to hospital with non-life threatening injuries.

Fire and police remained on scene Tuesday morning while the cause of the fire is under investigation.

- With files from CTV's Justin Zadorsky