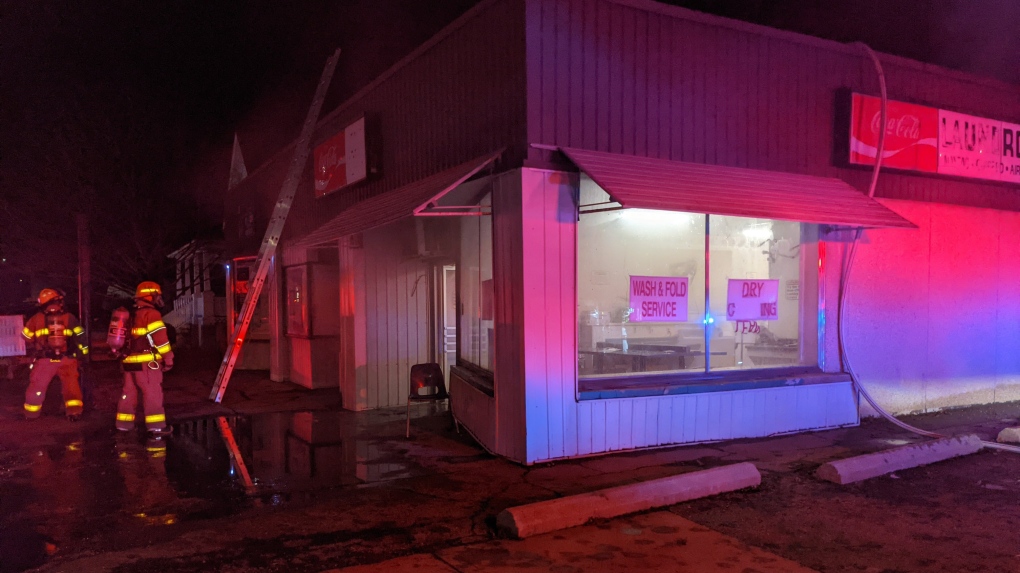 A Wallaceburg laundromat had $175,000 in damage after a fire on Tuesday.

Chatham-Kent and Wallaceburg career and volunteer firefighters responded to the blaze at Westown Laundromat on Dufferin Ave in Wallaceburg at 5:42 p.m. for reports of smoke in the building.

Fire officials say the business owner and customers, who were in the building at the time, were alerted when they saw smoke coming from the clothes dryers.

When firefighters arrived on scene, they could see smoke and flames coming from the roof of the business.

Firefighters quickly made entry into the building to pull ceilings and gain access to the fire, while firefighters worked on the rooftop opening vents. They were able to contain the fire to the dryer section of the laundry mat including the interior wall and ceilings.

Crews remained on scene until 7:30 p.m. checking for hotspots and further extension on the roof.

Chatham fire officials say a leading cause of dryer fires in homes is the lack of dryer maintenance. Homeowners are reminded to inspect and clean the lint screen after each load of laundry. The build-up of lint can lead to a fire.