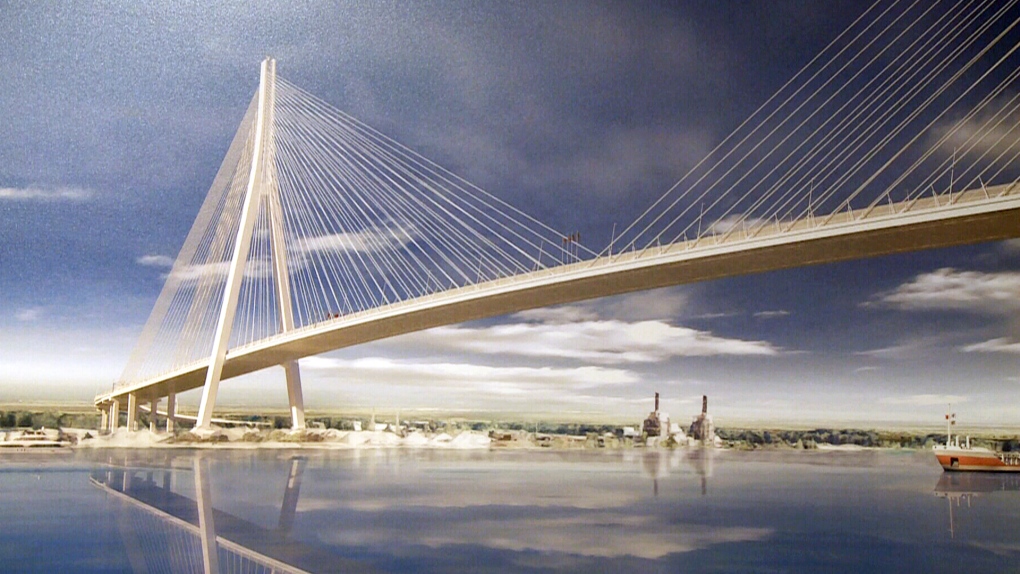 Some details are starting to leak out regarding the contractor bridging North America's cost and timeline to build the Gordie Howe International Bridge.

The timeline laid out in the documents pegs construction at six years and two months, which would result in "substantial construction" wrapping up in late 2024.

It's far later than early projections from the bridge authority, which originally pegged a bridge opening of 2022.

Costing, although not finalized, is predicted to be in the $6-billion range, some financed through bonds and the rest coming from the Canadian government.

The Windsor-Detroit Bridge Authority will only say they crown corporation is still finalizing contractual details of the public-private partnership, which remains on target for the end of September.