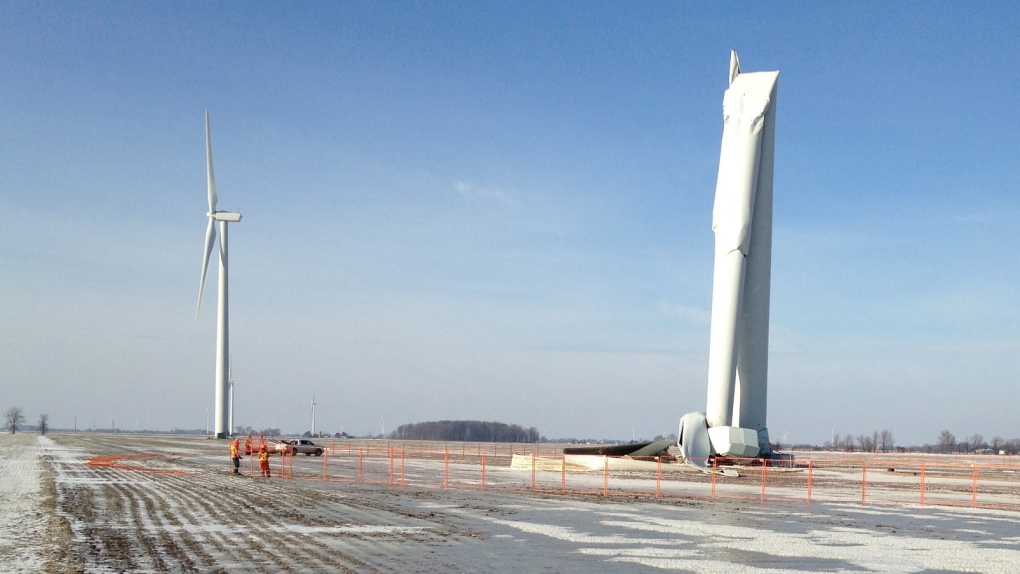 A faulty wind turbine blade was the cause of a tower collapse in Chatham-Kent.

The 160-tonne structure at the Raleigh Wind Power facility in Dillon, near South Buxton, collapsed early in the morning on Jan. 19.

The incident did not cause any injuries and did not destroy any buildings.

A spokesperson with Terra Form Power says a review by independent third-party professionals,  as well as the company's own engineering team, concluded the collapse was caused by a single blade.

Chad Reed said no other similar issues were identified during the review process.

At the time, the 22 remaining turbines on the wind farm were taken off-line as a precaution, but returned to service Feb. 14.

Reed says his company will regularly and rigorously monitor all turbines as part of the ongoing review and maintenance process.

The turbines at the Raleigh facility went online in January 2011.