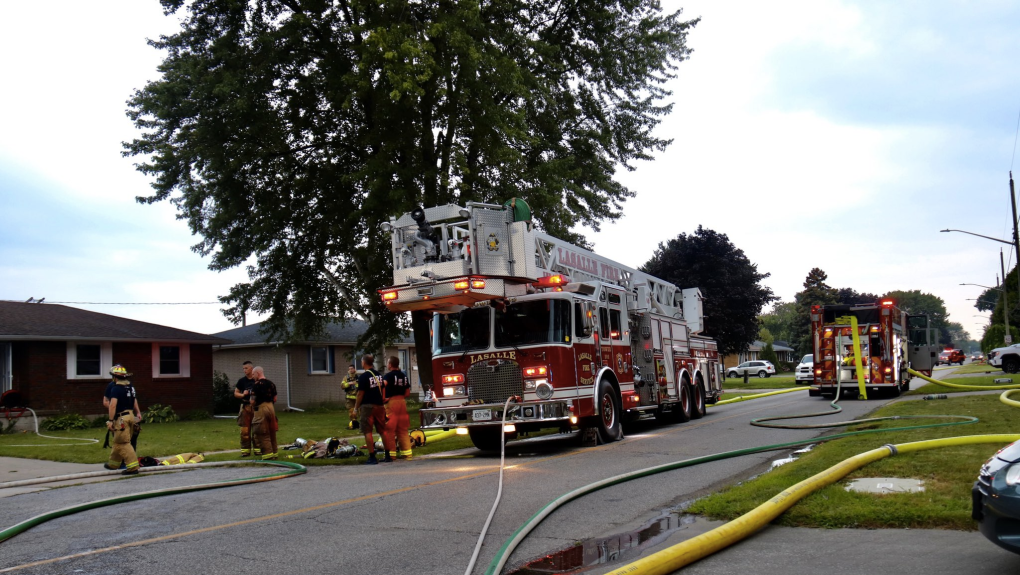 Firefighters responded to an attic fire in the 400 block of Victory Street in LaSalle, Ont. on Sunday, Aug. 8, 2021. (OnLocation/Twitter)
Windsor, Ont. -

Damage to a LaSalle home following an electrical fire was limited thanks to an alert citizen and a quick response from fire crews, officials say.

Fire crews were on scene of an attic fire in the 400 block of Victory Street Sunday morning.

The house was unoccupied at the time of the blaze, but a passerby noticed smoke coming from the home and heard the fire alarms going off inside the house and alerted the fire department.

Firefighters quickly had the fire under control and started ventilating and overhauling the attic area.

Fire officials say there were no injuries reported and the damage was caused by faulty electrical equipment in the attic.