Fate of American now in hands of Windsor jury

The 12-member jury must decide if Jitesh Bhogals’ actions were manslaughter or murder in the death of Autumn Taggart.

Taggart, 31, was killed on June 10, 2018 in the bedroom of her University Avenue apartment building.

A pathologist testified she died from neck compression and suffocation.

At trial, Bhogal, 31, admitted on the stand he put his hands over Taggart’s nose and mouth to get her to “stop screaming”.

“We will ask you all to conclude Mr. Bhogal is guilty of manslaughter and no more and no less,” defence lawyer Peter Thorning said to the jury Monday.

Thorning says Bhogal consumed “a large amount of cocaine” and before he knew what he was doing, he “was scaling a building and causing the death of a human being he had never met and had no malice towards.”

The defence maintains Taggart was not sexually assaulted; they say Bhogal’s DNA was found on her breast and mouth because he tried to perform CPR on her.

On the stand, Bhogal told the jury he remembers very little about what happened that night.

A forensic psychiatrist testified it was possible Bhogal was in a cocaine-induced psychosis.

Thorning reminded the jury Bhogal testified about his “fear, paranoia, regret and cowardice.”

“He did not take the easiest route,” says Thorning. “Wouldn’t it be easier for Mr. Bhogal to say he heard voices?”

The Crown Attorneys on the other hand are arguing Bhogal was angry after he was robbed of nearly $500 in cocaine, by the two people who helped him purchase it in Windsor.

The couple, lived next door to Taggart, at a home Michelle Altiman and Jake Thompson referred to as a “crack house”. 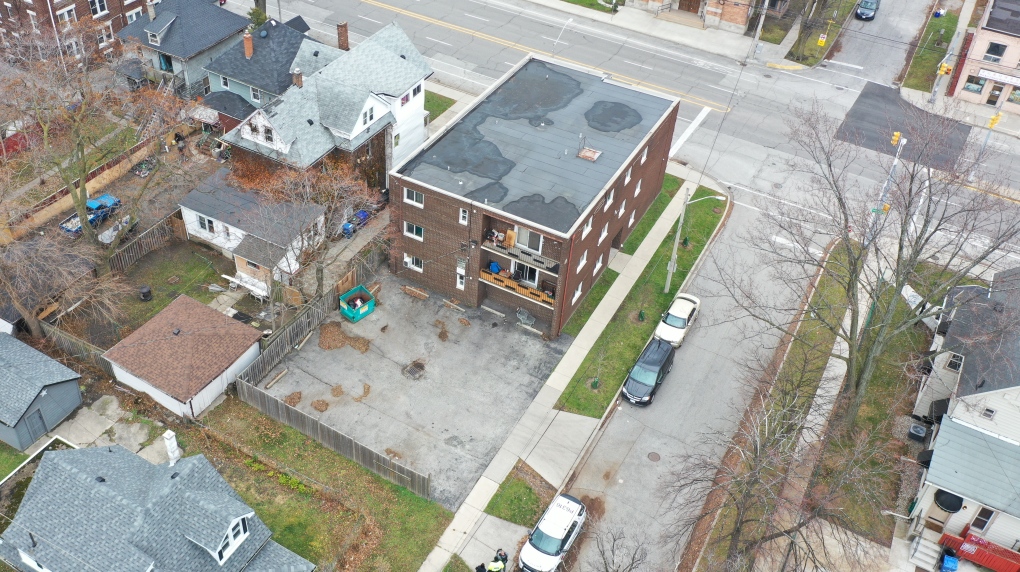 Altiman testified she hid the drugs in her genital-area, so Bhogal would have to drive them back to University Avenue.

The Crown asserts when Thompson and Altiman stole his drugs, Bhogal was angry and he went looking for the two people and his cocaine.

The Crown believes Bhogal mistook Taggart for Altiman, because of the cocaine he was on.

"The best he (Bhogal) can say is he doesn't remember if he touched Miss Taggarts' genitals,” Kim Bertholet told the jury Monday.

Bhogals’ DNA was also found on one part of Taggarts’ genitals although she did not suffer any internal injuries.

The defence believes that DNA was transferred there, after Taggarts’ body was turned over the by the Coroner.

Evidence at trial heard Taggarts’ genitals did not touch the bedsheet under her body completely.

"We will never know how Mr. Bhogal got into the apartment. He doesn't remember," says Bertholet. "Lack of memory, in the Crown's submission is not lack of intention."

During her instructions to the jury, Justice Renee Pomerance walked them through their possible considerations under the law.

Justice Pomerance told the jury because of his own admission to killing Taggart, Bhogal is guilty of manslaughter.

"The question for you is whether Mr. Bhogal is guilty of a more serious offence."

The judge told the jury they must consider intention; meaning, do they believe beyond a reasonable doubt, Bhogal intended to kill Taggart, or that he knew his actions might cause her death.

If they do, then they can consider a murder conviction, according to Justice Pomerance.

Pomerance told the jury, if they believe, beyond a reasonable doubt, there was a sexual assault, Bhogal is guilty of first degree murder.

However, if they do not believe, beyond a reasonable doubt that Taggart was sexually assaulted, it would be a conviction of second degree murder.

"It is not enough for you to find Mr. Bhogal is probably guilty," Pomerance told them. "Any verdict you reach, must be unanimous.”

Deliberations started Monday evening at 5 p.m., but around 7:30p.m. the jury returned with a question for the court.

The jury wanted, in writing, the definition of a sexual assault, as it relates to first degree murder.

The judge discussed it with the lawyers, and then told the jurors, but did not write out the definition.

Pomerance then asked the jury to retire to their hotel for the evening, as they are now sequestered.

Deliberations will resume inside Windsor’s Superior Court Tuesday at 9 a.m.