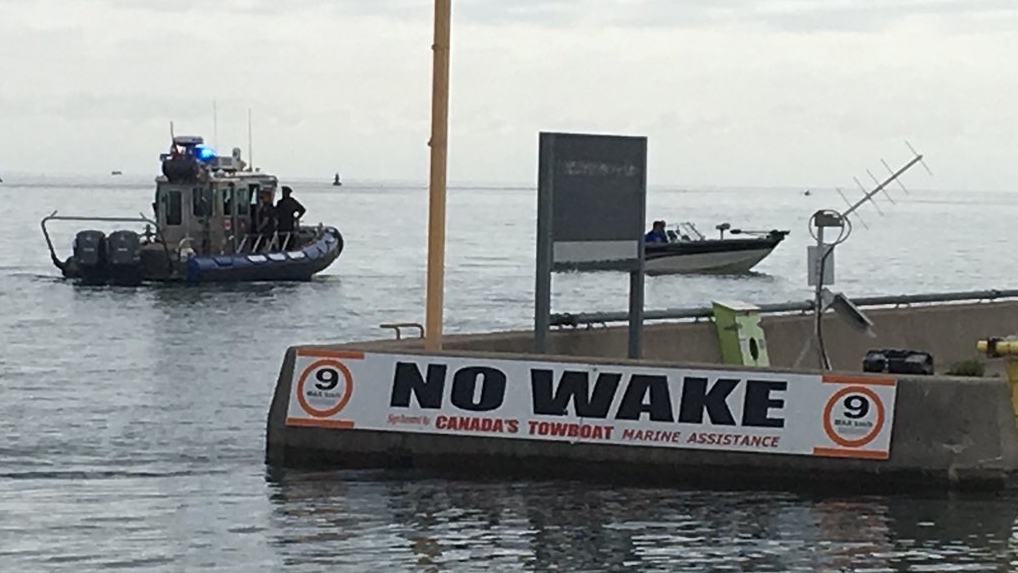 A No Wake sign is visible along the shoreline in Windsor, Ont., on Friday, July 12, 2019. (Chris Campbell / CTV Windsor)

The Detroit River is moving faster than ever before.

Harbourmaster Peter Berry says some areas of the river are travelling at 20 kilometres an hour.

That is more than double the normal speed of the flowing river.

Berry notes the speed of the river will make it more dangerous for anyone who falls off a boat or jet ski.

He adds people will be separated from their vessel within seconds.

Berry also tells AM800 News there are now more hidden dangers in the water as some docks have become underwater obstacles.

Berry adds it's more important than ever to wear a life jacket.

If you are on a smaller vessel, he encourages you to have a whistle to call for help.