They’ve travelled from across the country to see their sons, brothers, and alma mater compete for the Vanier Cup.

"We were all able to find some flights out here, find some hotels, and we probably got a couple hundred fans," says Kelly Haas, whose son plays for the University of Saskatchewan

As players excited the bus at Western’s Alumni Stadium, Huskies’ supporters were there.

"We bought our bells, we’ve got the flag and we're gonna cheer for our boys now," says Tracy Hundeby, a mother of a Huskies player.

Just a few feet away, a group of Laval supporters had come from Montreal to root for the Rouge Et Or.

"It's so exciting to be back," says Patrick Malefant, who was wearing a crusader helmet. 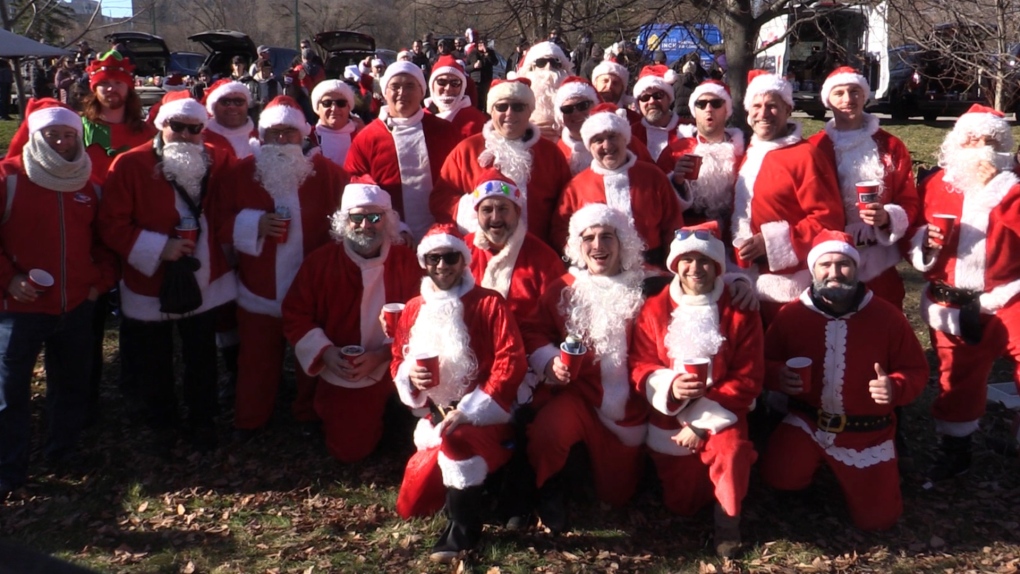 A group of nearly 40 men in Santa suits travel to the Vanier Cup each year. This year they were in London, Ont. to see the USports championship game. (Source: Brent Lale/CTV London)Some tailgating in the parking lot had no affiliation to either team. A group of about 40 men dressed in Santa outfits have been travelling to the Vanier Cup for 30 years.

"We went to (Sir Wilfrid) Laurier and they won the Vanier in 1991," says Brent Landers, from London, Ont.

"We kind of started our little tradition of getting together at the venue cup every year. We have guys from London, Ottawa, and all over and we've been all across the country from Vancouver to Quebec City, Montreal, Regina."

Hosting their first USports national title game, Western University and Tourism London wanted to make this an event. A fan fest featuring Damian Warner, and former Mustangs was held prior to the game. 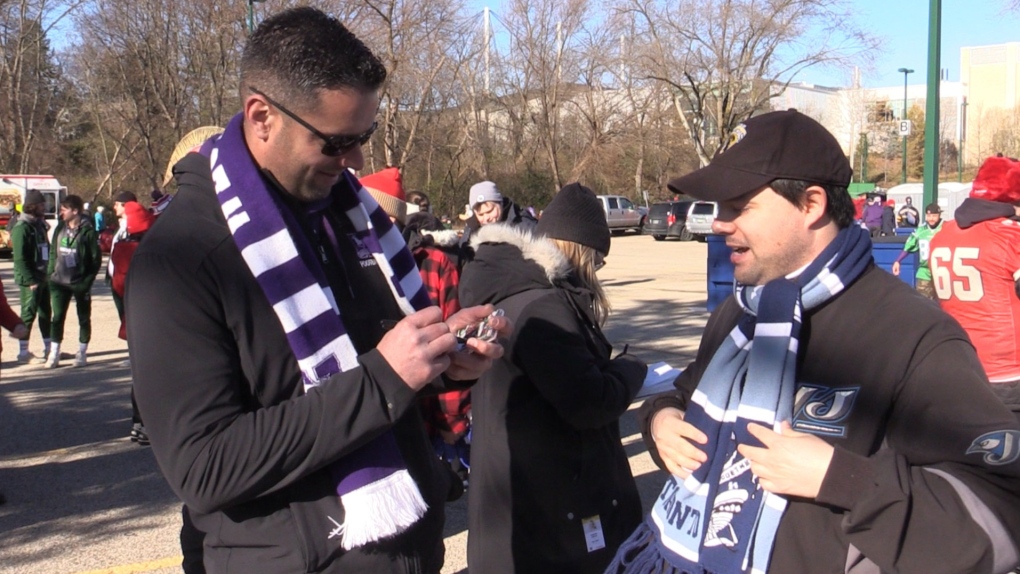 "Lots of Laval and Saskatchewan fans, lots of Mustang support from London. Mustang national deserves it and they're doing it right."

Inside the stadium, Laval beat Saskatchewan 30-24 in an exciting game to win their 11th Vanier Cup title, 10th under head coach Glen Constantin.

This may have been the first time that Western hosted the Vanier Cup but it likely won't be the last. Rumours are circulating that they plan for the bidding on the National Championship game in 2024.

The first battle tank from Canada destined for Ukraine lands in Poland, advocates come together to help sailors who have been stuck for months in a Quebec port, and Beyonce becomes the most decorated artist in Grammys history. Here's what you need to know to start your day.