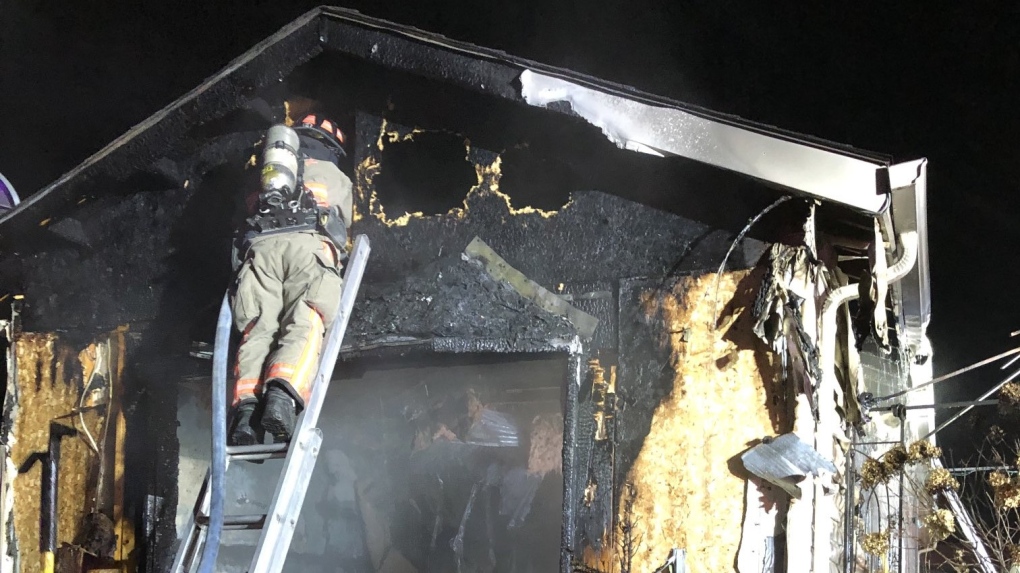 A firefighter battles hot spots in a house fire in Essex on Tuesday, March. 3, 2021. (Essex Fire and Rescue)

WINDSOR, ONT. -- Fire officials are crediting working smoke alarms for saving a family from a fire that heavily damaged their home in Essex.

Crews from stations 1 and 2 were called to an address on Regent Street late Tuesday for a house fire.

Damage to the home is heavy however, firefighters are credited with keeping the fire under control and limiting its spread.

No one was injured in the fire and officials credit working smoke alarms for alerting the fire.

The cause of the fire has been deemed accidental and total damage is set at $175,000.

Update on Fire correct address in Regent Street, crews did a terrific job. No injuries cause of fire has been determined as accidental estimated damage of $175,000. Working smoke alarms alerted family.