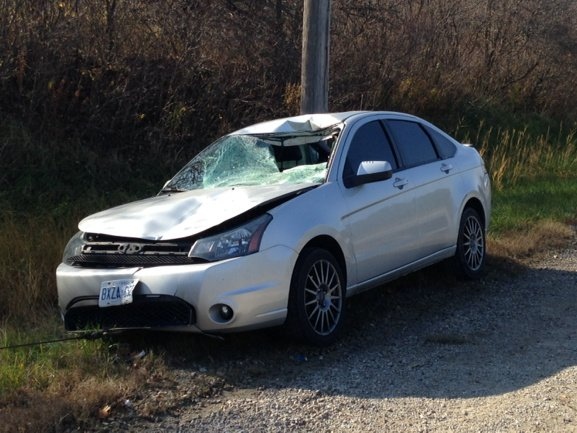 Police say this is the vehicle that struck the skateboarder on County Road 18 in Amherstburg, Ont., on Thursday, Nov. 18, 2016. (Angelo Aversa / CTV Windsor)

The family of a 30-year-old Amherstburg man, who was struck and killed during a foggy morning last Thursday, has now hired a lawyer.

Adam Pouget, 30, was pronounced dead on the scene on County Road 18.

Police say he was riding a skateboard to work when he was hit by a passing motorist, who was attempting to pass another vehicle.

Police believe thick fog and poor visibility were factors in the crash.

Greg Monforton tells CTV News they have hired to investigate the circumstances surrounding the crash. “We are trying to piece together as much evidence as we can before memories fade and witnesses disappear” adds Monforton.

Pouget is survived by his wife and their four children, ranging in age from 8 weeks old to 10 years old.

A 23-year-old man from Amherstburg has been charged with criminal negligence causing death.