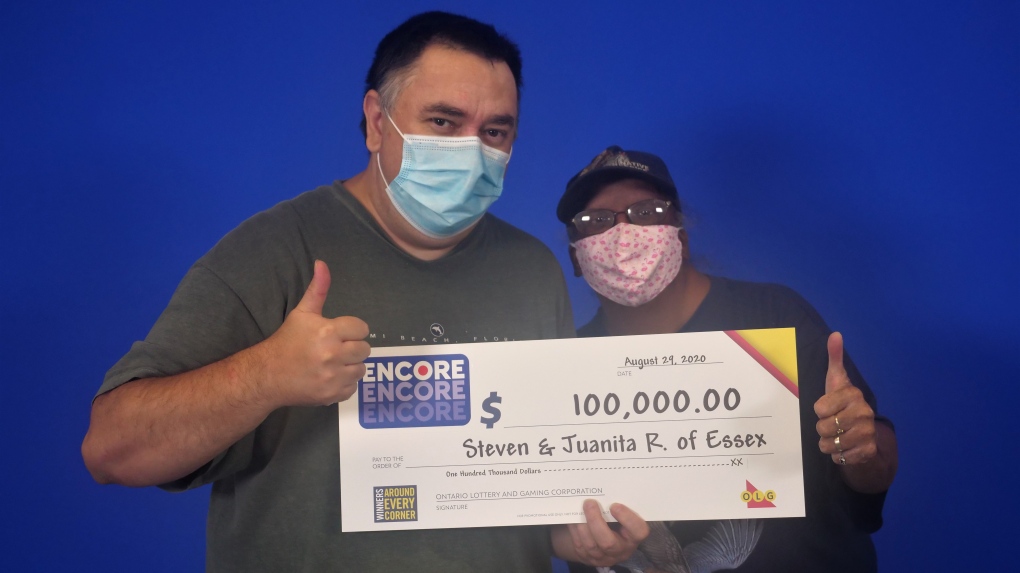 Steven and Juanita Renaud of Essex, Ont. with their $100,000 earnings. (courtesy OLG)

Steven and Juanita Renaud of Essex matched the last six of seven Encore number s in exact order in the May 12, Lotto Max draw to win $100,000, an OLG news release states.

The pair discovered their win when Steven was checking his ticket on the OLG website.

“I realized that I had matched all the numbers but one,” he said, while at the OLG Prize Centre in Toronto to pick up their cheque. “I was very shocked, so I used the OLG Lottery App on my tablet to check my ticket. We were both in disbelief!”

The parents of one hope to pay bills and purchase a new vehicle, “we already know what we have our eyes on.”

“We both feel the same way – we’re very happy for this win,” they said.

The winning ticket was purchased at Piggy Mart Convenience on Talbot Street in Essex.