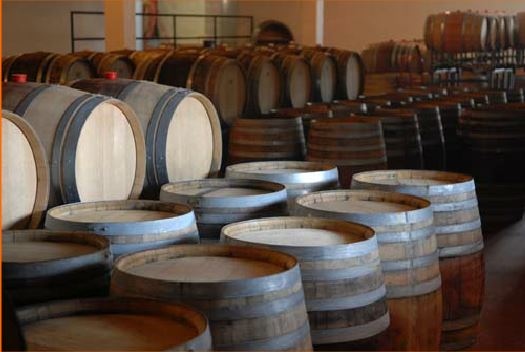 A trending topic on social media is calling for a boycott of an Essex County winery after a political donation was made to the governing Progressive Conservative party.

The trending hashtag “Boycott Pelee Winery” calls for the boycott of Pelee Island Winery in Kingsville after two donations to the Ontario PC’s by winery president Walter Schmoranz surfaced.

#BoycottPeleeWinery is trending after it was revealed its president Walter Schmoranz donated $1000 to the Ontario PCs just weeks before Premier Ford made an Ontario News Now video telling Ontarians to "go out and buy a bottle of Peelee Island wine." pic.twitter.com/ZTPaPJxNvn

Allison Smith with Queen’s Park Today noted the second of two donations, totaling $2,050, was made just weeks before Premier Doug Ford released a video on the taxpayer-funded government communication service ‘Ontario News Now’ telling Ontarians to “go out and buy a bottle of Pelee Island wine.”

Great Ontario wines like @PeleeWinery will be coming to convenience stores near you! pic.twitter.com/Sa5LDWel3M

The hashtag had become the most trending topic in Canada at one point and dropped to third as of 6 p.m. on Monday.

“The CEO of the winery gave Doug Ford $2,000 plus, and then Doug Ford did him a favour. Why should I give the CEO of that company a nickel ever again?”

The winery has responded with a message on its own Twitter account on Monday, saying it met with Premier Ford to “discuss the future of the wine and grape industry” and to focus on sharing “issues facing all Ontario wineries and grape growers” including the government’s taxation policy. The message went on to say “we apologize that this goal is not being focused on.”

We met with ON Premier to discuss the future of the wine & grape industry in ON.Our goal:to share issues facing all ON wineries/grape growers including a taxation policy that supports the industry by not taxing ON like imports.We apologize that this goal is not being focused on.

CTV News has reached out to the winery for further comment, but has not received a response as of yet.