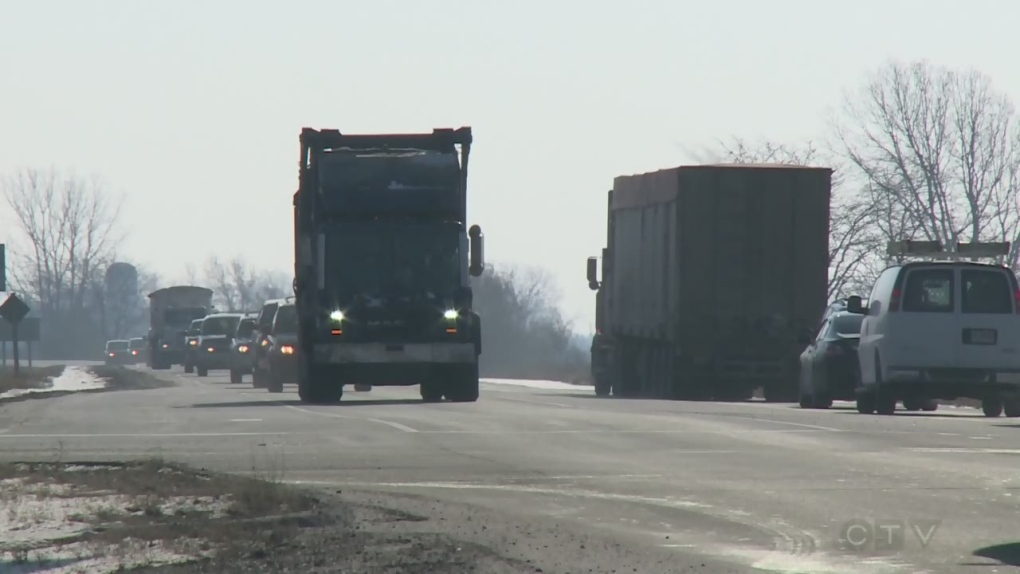 Many residents living in Essex County say they are looking forward to Premier-elect Doug Ford keeping his word to widen Highway 3.

It has been a contentious issue since the Liberal government completed phase one of the project, but the stretch of highway from Essex to Leamington remains one lane in each direction.

Ford did promise to widen the road immediately during a campaign stop last month, after his bus passed a serious crash on his way to Kingsville.

NDP leader Andrea Horwath also committed to the Highway 3 expansion while stopping in Leamington during the election campaign.

Essex County Warden Tom Bain tells CTV News he will pressure Ford to keep his word since road safety is a priority.

“Number 3 is dangerous,” says Bain. “Now that you’ve got a Conservative party with a majority and you’ve got your NDP in second, both committing to number 3, I’m pleased and looking forward to some results to see some work started shortly to getting the highway to four lanes.”

Bain is one of several municipal politicians who have pressured the provincial government to complete the widening of Highway 3 to four lanes due to the number of serious collisions on the road.

The Liberals did say the twinning of the highway was part of the 2017 to 2021 Southern Highways Fund.

Ford promised to build concrete median barriers between London and Tilbury during two campaign visits to the Chatham-Kent-Leamington riding.

Members of the Build the Barrier group say this is an important priority for drivers and first responders on the section of road dubbed “Carnage Alley.”

“Premier-Designate Ford said today that he keeps his promises. I look forward to working with him and MPPs Rick Nicholls and Jeff Yurek to ensure this life and death issue gets the same treatment”, says Alysson Storey, the founder of the grassroots group. “We do not want one more life lost in a preventable crossover collision.”

According to the group, there was a total of five fatalities and 10 serious hospitalizations in collisions on Highway 401 between Tilbury and London in 2017, along with numerous incidents that caused significant property damage and road closure.