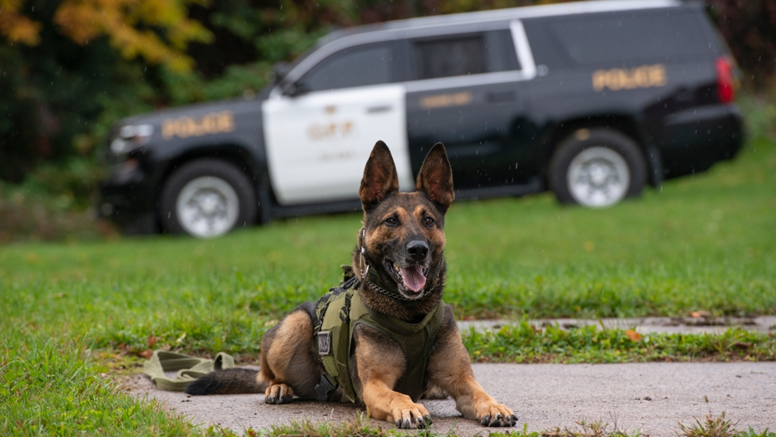 WINDSOR, ONT. -- They say a dog is man’s best friend, but this K9 is also a hardworking partner having reached his 100th capture with the Essex County OPP.

Maximus is a five-and-a-half-year-old Belgian Malinois/German Shepherd mix who works alongside 14-year veteran constable Milan Matovski with the Essex County OPP. After responding to a call in Essex last week where Maximus was used to assist in an arrest, he reached the career milestone.

“Essex County OPP is immensely proud of the accomplishments of PC Milan Matovski and his K9 partner Maximus,” detachment commander, Essex County Inspector Glenn Miller said. “The level of ongoing training and the myriad of calls for service that this K9 Team provides ensures investigative excellence at its highest level. Whether it be searching for a missing child, an individual impacted by various medical challenges or in pursuit of a criminal, this is a team that is mission driven.”

The K9 has training qualifications which include tracking for lost, missing and wanted persons, criminal apprehension, as well as firearm and drug detection.

The team has been working together for four years and have responded to “countless” calls for service. When they are not responding to calls the pair is often training throughout the county.

Provincial Constable Milan Matovski and K9 Maximus have hit a doggoned big milestone. Max and his handler are a public safety dynamic duo in Essex County. Watch this video and find out why. ^dr pic.twitter.com/9X9vhI1hba

“The mere presence of Max and PC Matovski at an active crime scene is often enough for those responsible to quickly surrender. PC Matovski will quickly deflect their successes to his fellow officers throughout Essex County OPP and members of our OPP Emergency Response Unit, who may not be seen however often are in close proximity to ensure their safety,” an OPP news release states.

The release says for Maximus to have located 100 people within such a short period of time is “certainly a milestone” but the focus of the team is on what will be accomplished next. 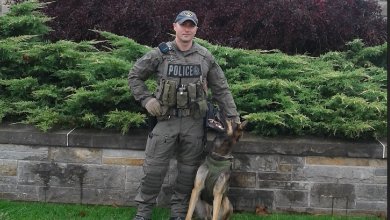 Police say being a K9 officer is a “grueling and demanding position” and while all efforts are made to ensure their safety, they can be placed at risk, “a risk they assume in their pride to serve the communities of Essex County.”

Known by Max to members of the Essex County OPP, is always either deployed or training. He and his partner Matovski have a loyalty that was instilled from the time they first met, and their partnership is for a lifetime.

The Essex County OPP says thank you to the pair for “a job well done.”