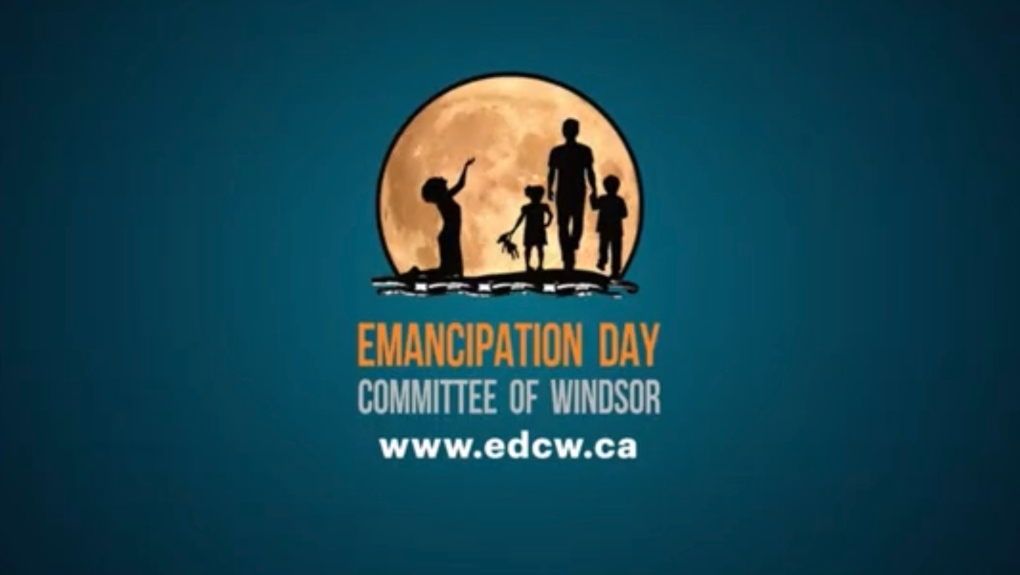 WINDSOR, ONT. -- For the first time Emancipation Day is being regarded as a national holiday and in Windsor, a virtual event was hosted to mark the occasion.

The former MP is one of dozens of local and international individuals who lent their voices to the virtual event.

"I would hope that people watch it, enjoy it and learn from it," said Bradley Wade Jones, the president and co-founder of the Emancipation Day Committee of Windsor. "We have some really great speakers, some great entertainment, literally people that have reached out from around the world to say happy Emancipation day Canada, being this premiere holiday.

A link to the event is available here.

Gathering limits at the city’s parks were limited to 100 people this year, so the Emancipation Day committee chose to keep the event online.

Emancipation day has been celebrated since 1834 when the practice of enslavement of African peoples in British colonies ended.

"Since then, many people of African descent and their allies commemorate August 1 as Emancipation Day, an important milestone on the quest for freedom, justice, and equality," Prime Minister Justin Trudeau said in a statement issued Sunday.

"Despite the abolition of enslavement nearly two centuries ago, the legacy of anti-Black racism is still prevalent today, entrenched in our institutions, policies, and practices," the Prime Minister wrote. "Canada's history of enslavement, racial segregation, and marginalization of people of African descent is a part of Canadian history that is often forgotten, functionally normalizing institutional and systemic forms of racism or rendering them invisible."

"On Emancipation Day, we also take the opportunity to celebrate the achievements of Black Canadians and take part in community and cultural activities to learn more about their sacrifices for emancipation and freedom in Canada," said Trudeau.

"Whether it is through culture, science, sports, or business, Black Canadians have made significant contributions across many domains of Canadian society."