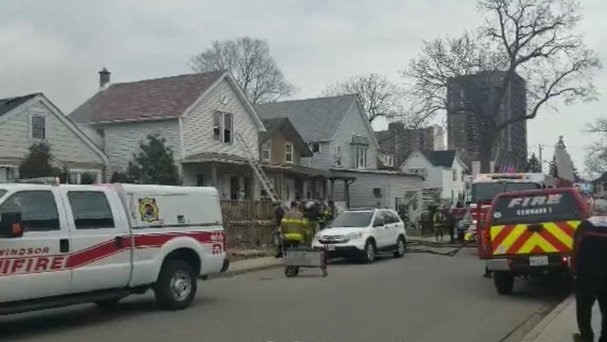 Fire crews on scene in the 300 block of Elliot Street West. (Courtesy @_OnLocation_ via Twitter)

WINDSOR, ONT. -- A house fire on Elliot Street West is being treated as suspicious.

The fire began Wednesday morning outside a home in the 300 block of Elliot St. West.

The fire began on the exterior of the home and caused roughly $125,000 in damages.

The cause of the fire is undetermined but is being considered suspicious.

No injuries have been reported.