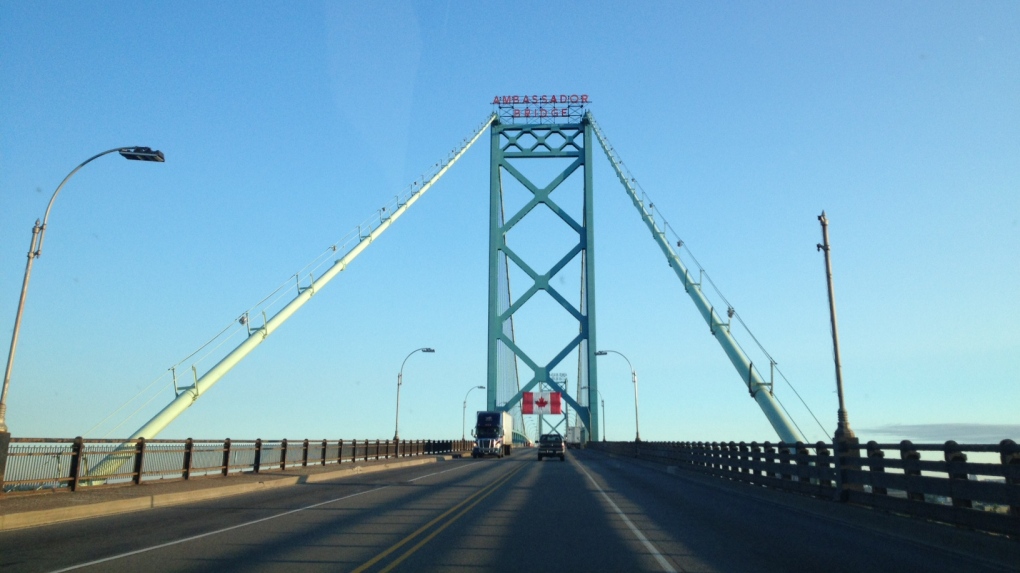 Two commercial truck drivers were charged after 11 foreign nationals were found inside their truck attempting to cross the border, according to the Canada Border Services Agency.

A driver and co-driver, both residents of Quebec, were returning to Canada on Sept. 21, at the Ambassador Bridge with a load of produce when they were referred to secondary to verify their declaration.

CBSA says the men told border officers they were away for one week and had nothing to declare other than the commercial shipment.

During the examination of the truck, border services officers discovered 11 foreign nationals hiding behind a curtain in the sleeper area of the truck.

The foreign nationals were subsequently refused entry to Canada and returned to the United States.

“This successful interception displays their ability to determine when a secondary examination is required and their commitment to ensuring that our borders are not used for illegal activity.”

The drivers, Paul Ngoue-Ngameleu, 42, and Henadez Makia Mbeh, 50, were charged by the CBSA under IRPA with 23 charges each including 11 counts of counselling, 11 counts of misrepresentation and withholding material facts; and one count of impeding an officer.

Ngoue-Ngameleu and Makia Mbeh were both released on bail and are scheduled to appear in the Ontario Court of Justice in Windsor on Oct. 23.

Anyone with information about suspicious cross-border activity is encouraged to call the CBSA Border Watch toll-free line at 1-888-502-9060.