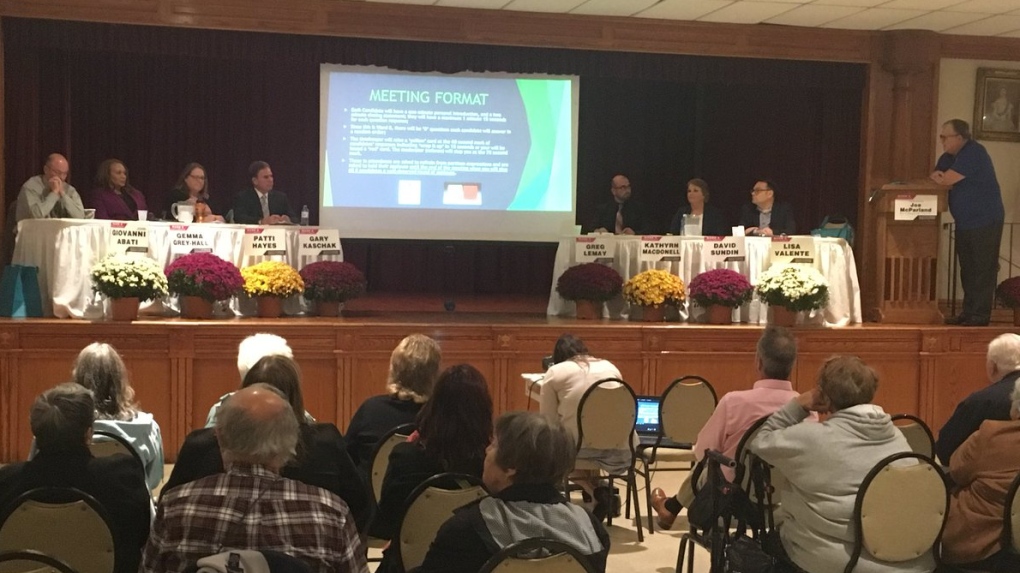 About 70 people are listening in at the Windsor Ward 8 debate at the Serbian Centre in Windsor, Ont., on Thursday, Oct. 12, 2018. (Chris Campbell / CTV Windsor)

Ward 8 candidates gathered to introduce themselves to voters Thursday evening at the Serbian Centre.

Joe Mcparland served as emcee at the candidates forum.

Topics ranged from prioritizing the city's 20-year plan to letting residents know what qualifications they have to be on city council.

Ward 8 is considered one to keep a close eye on in the municipal election on Oct. 22, since it's the only ward in Windsor without an incumbent.

There are eight people hoping to fill the council seat which will be vacated by councillor Bill Marra, who is stepping aside from politics.

Marra tells CTV News he's been in touch with most campaigners offering his advice.