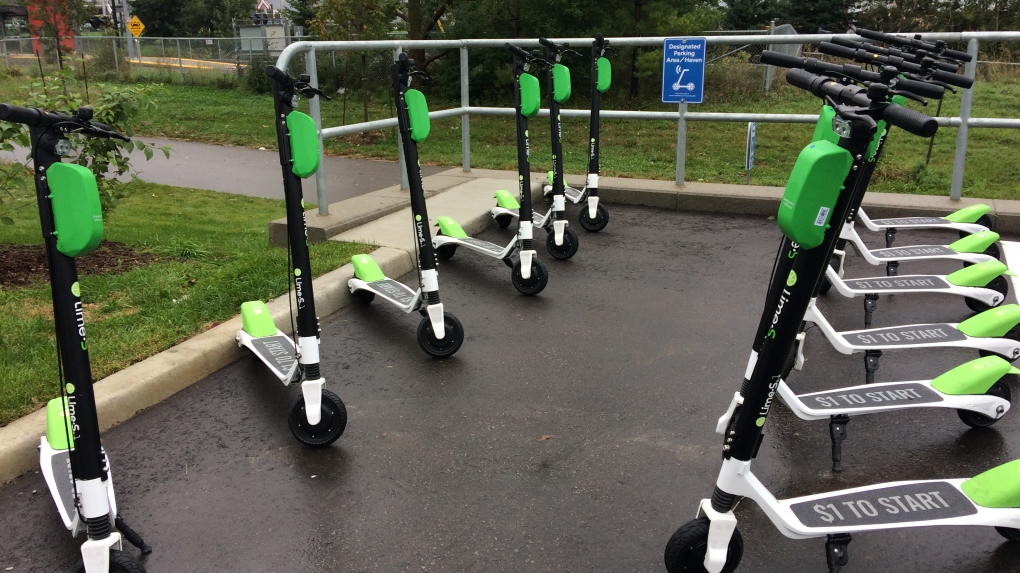 The two-wheeled, motorized vehicles are currently illegal to operate anywhere in the province other than on private property.

The pilot will let municipalities decide whether to allow e-scooters on municipal roads, including parks and trails.

E-scooter drivers will have to be at least 16 years old and wear a helmet, and their vehicles will need to have a horn or bell and a front and rear light.

In 2018, the City of Waterloo and University of Waterloo partnered with California-based company Lime to launch an e-scooter pilot project in the city.

The second phase of the Waterloo pilot came to an end on Aug. 12. When it launched last October it was the first project of its kind in Canada.

This report by The Canadian Press was first published Nov. 27, 2019.