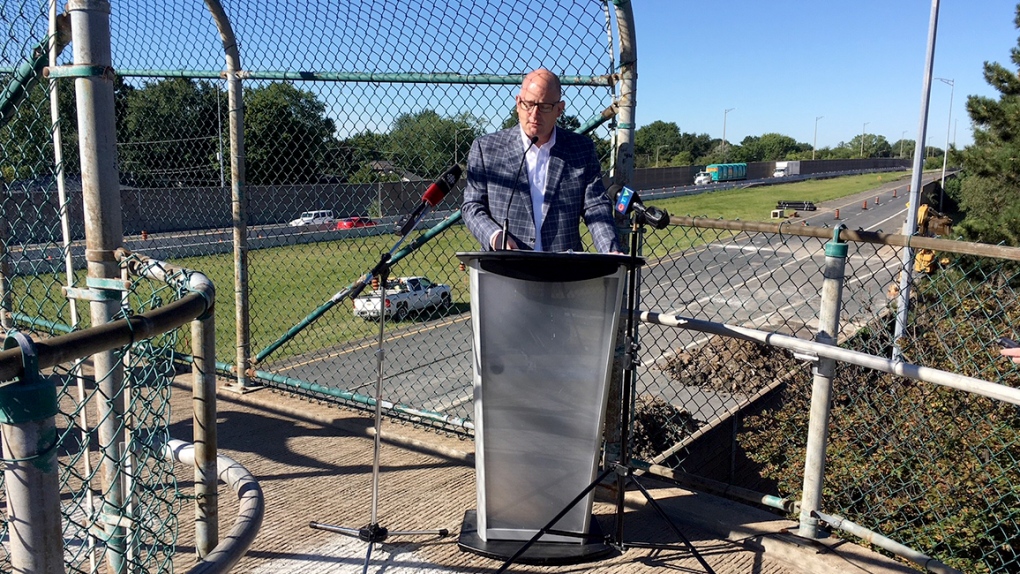 WINDSOR, ONT. -- Windsor commuters have probably already noticed the construction on E.C. Row Expressway, which the city says is due to a $10-million facelift.

The City of Windsor is investing the money to rebuild one of the oldest and busiest sections of E.C. Row to enhance commuting times and improve quality of life for residents through a number of infrastructure projects that will improve road safety.

Officials say this project is the biggest investment by Windsor city council toward reconstruction of the E.C. Row Expressway since the city took ownership of the freeway from the Ontario Ministry of Transportation in 1997.

“I made a commitment to transform E.C. Row into a modern, world-class roadway, and this project will help our community significantly by bringing us closer to that goal,” said Windsor Mayor Drew Dilkens. “Fixing Windsor’s roads continues to be a top priority. Strong infrastructure helps create the conditions for economic success in the long-term while creating construction jobs in the short-term.”

The first stage of the E.C. Row Expressway project began in August and involves reconstructing the westbound lanes between Dougall Avenue and Dominion Boulevard. Site preparation to reinforce the shoulders and build a crossover to transfer westbound traffic to the eastbound lanes was completed on Aug. 28.

Now that traffic is diverted, work on the westbound lanes is underway to remove four layers of the original 49-year-old road, including the cracked pavement, concrete, stone and subbase. Once filled and topped with new asphalt later this fall, the upgraded roadway will serve us for many more years to come.

The second stage of this project will undertake the same list of improvements to fully rebuild the eastbound lanes and will begin in the summer of 2021.

In 2020, City Council approved investing nearly $44 million on road upgrades throughout our community – up from $25.2 dollars in 2019.