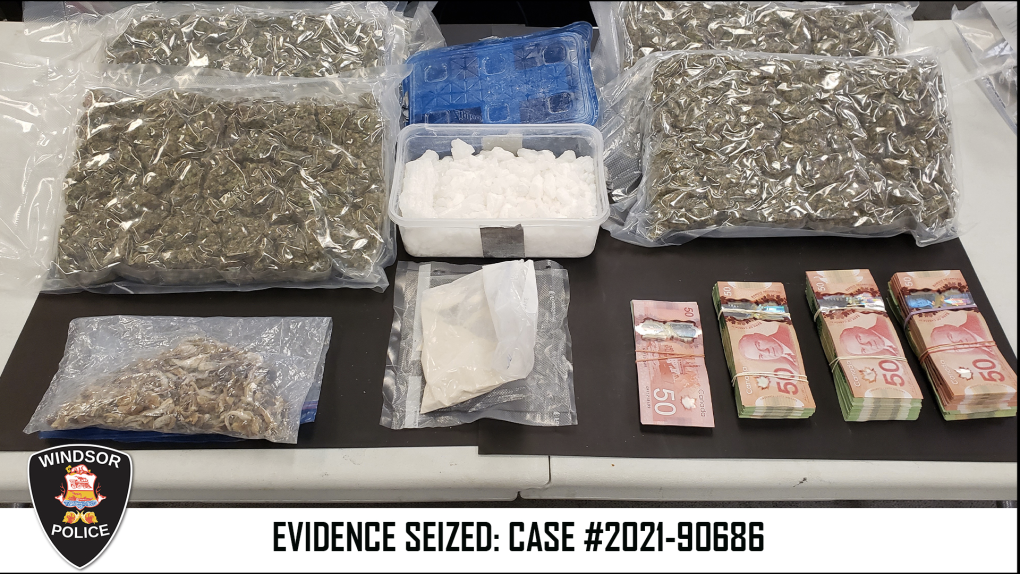 The Windsor police Drugs and Guns Unit launched the investigation in July. Police identified multiple suspects, residences and a vehicle as being involved.

Members of the Problem Oriented Policing (Pop) Unit located a suspect in the involved vehicle on Tuesday. An arrest was made without incident and the vehicle was seized and searched.

Police found a quantity of drugs and currency inside the vehicle.

A second suspect was located at one of the involved residences and arrested without incident.

Police say the involved residences were searched and “a large quantity” of drugs including cannabis, psilocybin “magic” mushrooms, fentanyl, cocaine, and meth were found and seized.

A quantity of currency was also located and seized.

Police say officers also located what appeared to be a cannabis extraction lab at one of the involved location. The Windsor Police Service Explosive Disposal Unit attended the scene and seized numerous tanks and hazardous materials from the location.

Police will not be releasing the names of those who have been charged or the specific locations in order to protect the integrity of the ongoing investigation.

An Ontario couple sued because they wrote a bad online review about a window company have been awarded more than $166,000 after a judge found they were bullied over it.