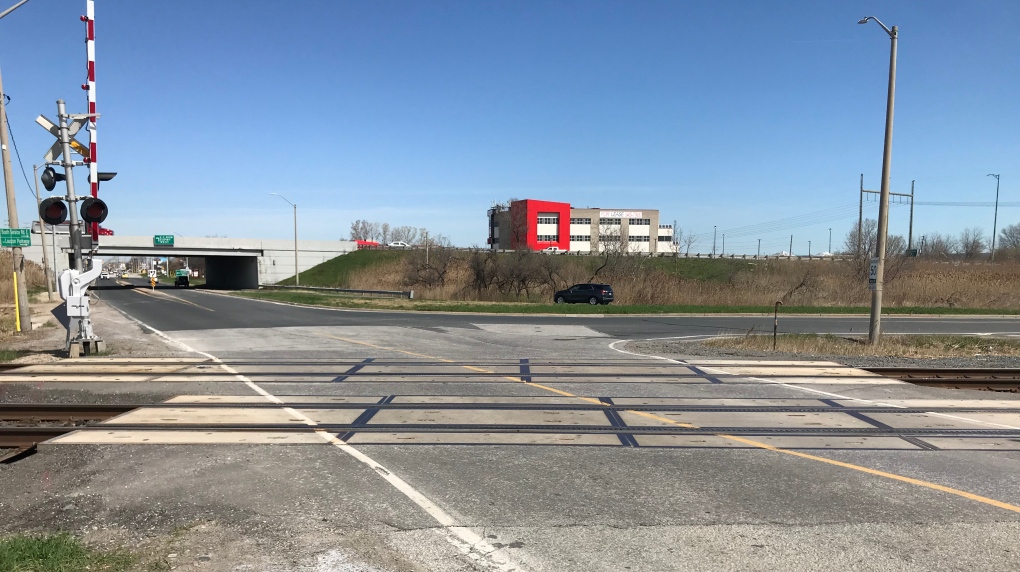 Officers were called to Jefferson Boulevard at South Service Road East for a collision involving a vehicle and a train on in Windsor, Ont., Tuesday, April 23, 2019. (Rich Garton / CTV Windsor)

Windsor police say a man has been charged after he drove through a railway crossing signal and hit a cargo train.

Patrol officers were called to Jefferson Boulevard at South Service Road East for a report of a collision involving a motor vehicle and train on Tuesday around 11 p.m.

Officers arrived and observed a white BMW with extensive damage to the front passengers side of the vehicle.

Officers also observed the cargo train involved to have no damage.

Police say the driver of the BMW attempted to cross the tracks despite the lights being activated and the rail arms being lowered.

The vehicle was subsequently struck by the train as it attempted to drive across the tracks.

Police would like to remind the public that driving around, through, or under a railway gate is not only illegal, it is also extremely dangerous.

If there is no gate, and signal lights are flashing, it is important to wait until the lights have stopped flashing and the tracks are safe to cross prior to proceeding.