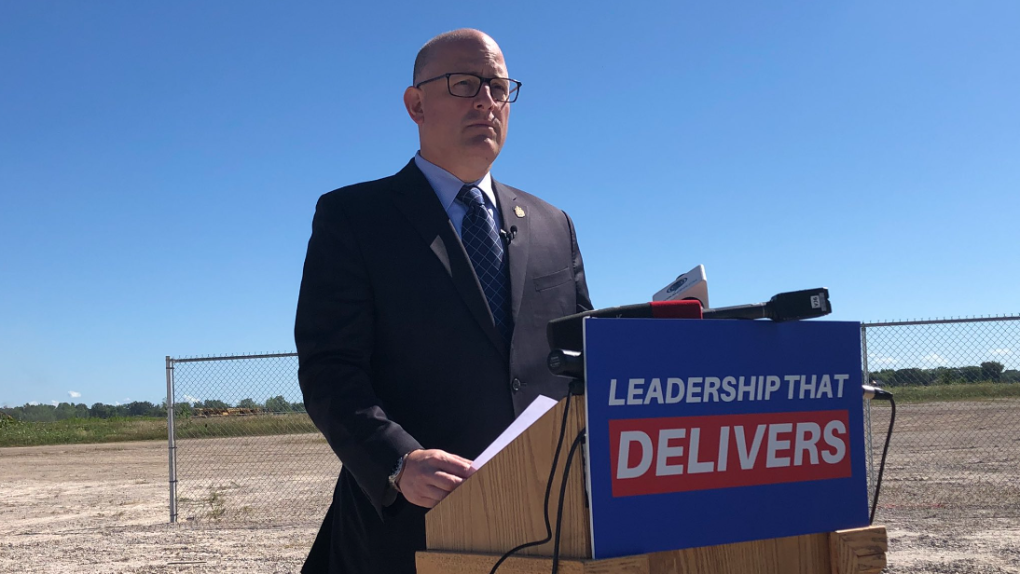 Drew Dilkens will be seeking a third term as mayor of Windsor.

Dilkens filed his candidacy papers on Friday and said he waited for the battery plant file to become a "non-issue" before throwing his name in the hat.

"We all have records and so I am happy to run on my record. I think people know what we've been able to deliver," said Dilkens.

"They know the leadership they get with Drew Dilkens and I'm going to continue to deliver for the residents of this city ... They know where I stand on important issues like the hospital."

Dilkens has been mayor for two terms and was the Ward 1 councillor before that.

The announcement of his next mayoral run was made at the site of the future NextStar Energy plant, on the southeast corner of Twin Oaks Drive at Valtec Court.

"The most important part of achieving that office is getting a mandate from the citizens," added Holt.

The deadline to file nomination papers is Aug. 19.

The municipal election is Oct. 24.