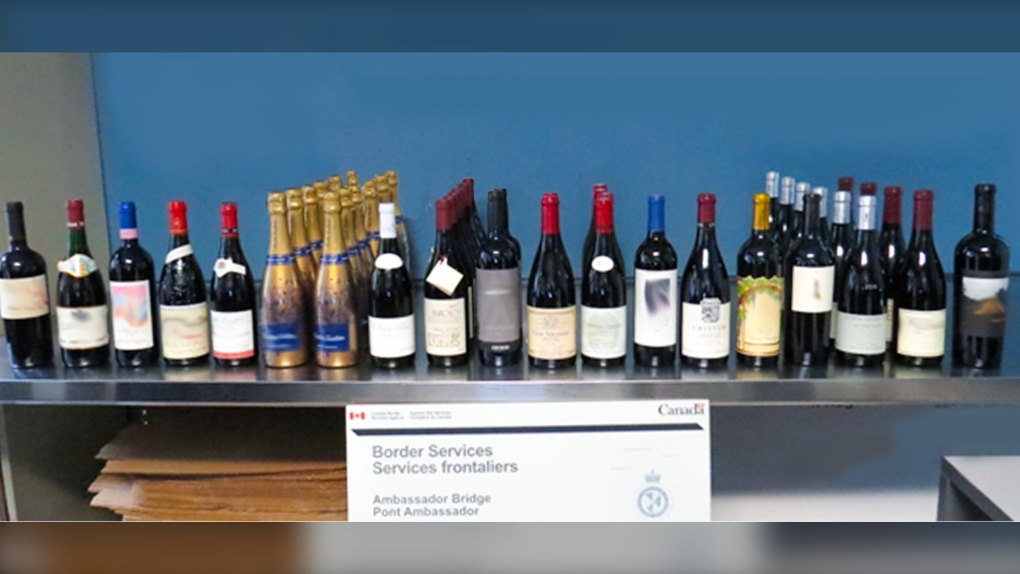 Alcohol seized, including wine, at the Ambassador Bridge border crossing between Windsor and Detroit. (Source: CBSA)

Canada Border Services Agency officers at the Ambassador Bridge between Windsor and Detroit seized 48 bottles of undeclared alcohol from a traveller.

CBSA posted about the bust on social media on Friday. The alcohol appeared to be mostly wine.

Border officers are asking travellers to be aware of the laws and declare alcohol when crossing the border.

Here are the alcohol limits:

If you have been away from Canada for 48 hours or more, you are allowed to import one of the following amounts of alcohol free of duty and taxes: 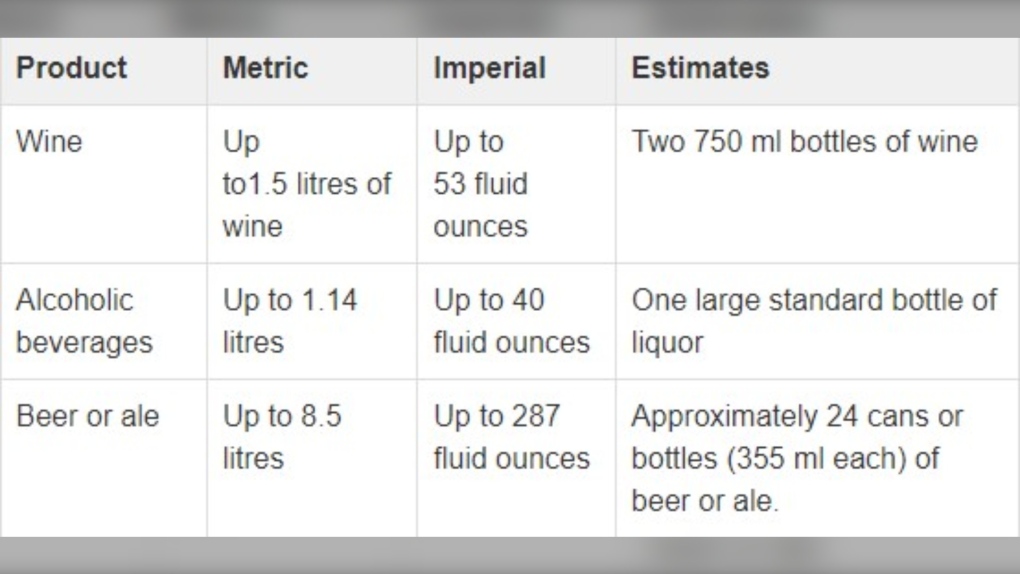 You must meet the minimum age of the province or territory where you enter Canada. Minimum ages are established by provincial or territorial authorities: 18 years for Alberta, Manitoba and Quebec and 19 years for the remaining provinces and territories.

Authorities announced the Friday release of police video depicting five officers beating a Black man whose death prompted murder charges against them and provoked outrage at the country's latest instance of police brutality. Family members of Tyre Nichols pleaded for any protests to remain peaceful.