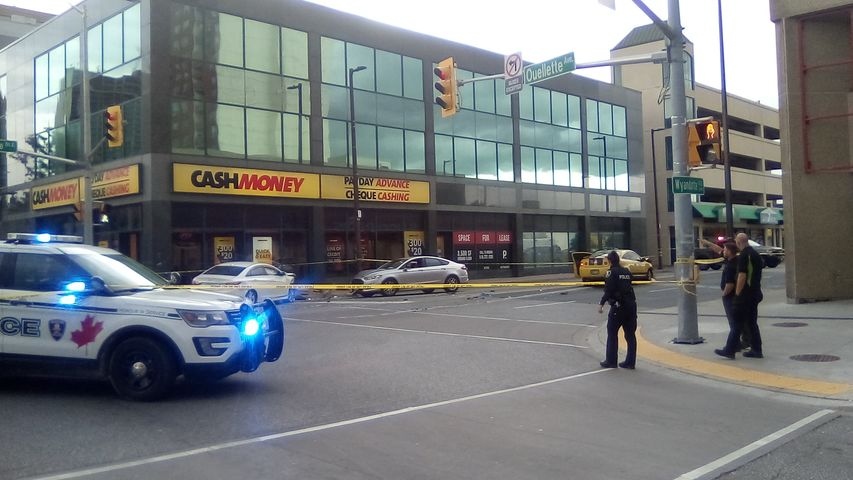 WINDSOR, ONT. -- Three people have been sent to hospital following a multi-vehicle crash in downtown Windsor.

Police tell AM800 news two vehicles collided in the intersection of Ouellette Avenue and Wyandotte Street, which sent a third vehicle into two motorized wheelchairs Thursday around 1 p.m.

Emergency crews responded to the crash and police held the scene keeping the intersection closed while they waited for the status of the third victim.

Windsor police say the injuries have all been determined to be non-life threatening.

The roadway was cordoned off for more than four hours as police completed the investigation.

There is no word on whether police have laid any charges.

Police say two vehicles collided in the intersection, sending a third vehicle into two motorized wheel chairs around 1pm. Two people suffered minor injuries and police continue to hold the scene while they await the status of a third person. @AM800News #cklw pic.twitter.com/am3ZwmmKkX