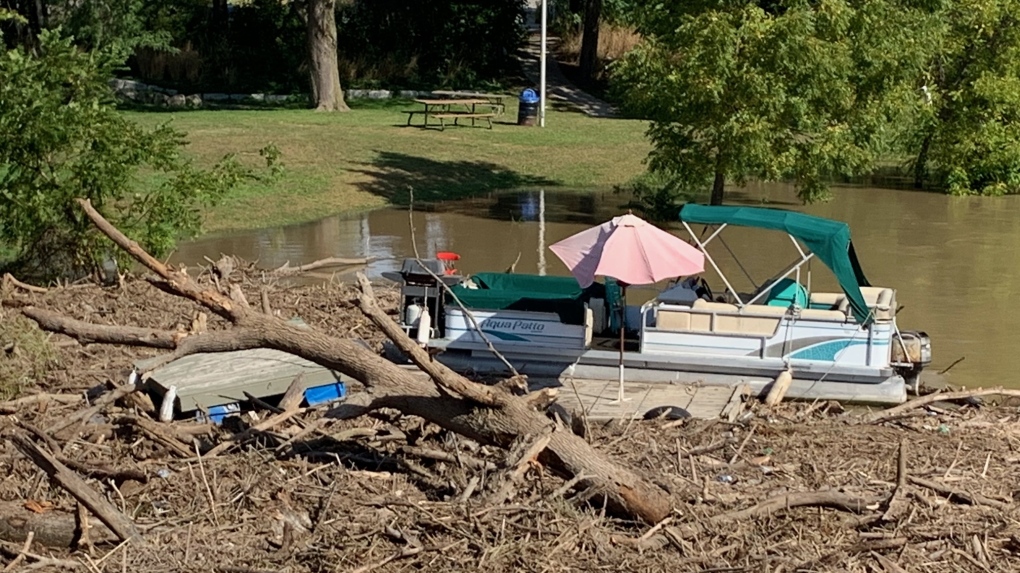 The Fifth Street Bridge in downtown Chatham will be closed overnight for a second time this week as municipal crews remove flood debris from the Thames River.

The Municipality of Chatham-Kent said Monday that it will be closing the Fifth Street Bridge at King Street starting at 9 p.m. until 7 a.m. Tuesday morning.

A crane was brought in Sunday night to assist in removing large trees and root balls that accumulated under the bridge due to the high water levels.

A sea-doo, a boat with a barbecue, and a dock are among the debris lodged in place.

“It is something we may have to become more familiar with as climate change affects the way our watershed drains it’s water.” says Peacock.

The LTCVA says this type of event doesn’t typically happen at this time of year, saying it’s normally reserved for the end of winter or beginning of spring. 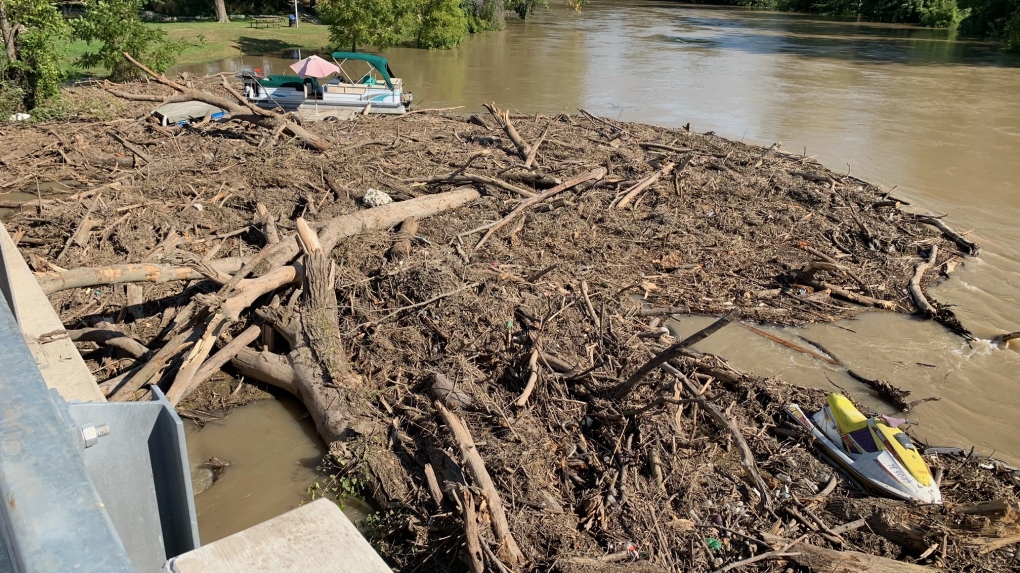 Peacock says the high water levels are the result of five plus inches of rain that fell in the London region last week. He notes it typically takes three-five days for that water to travel downstream to Chatham.

“This river starts in places like St. Mary’s and Stratford and Woodstock. All that water is coming down, and then it comes to the forks of the Thames in London and then has to come all that distance,” Peacock says.

He says planning for rare events like this is now necessary.

“As we work on our strategy around flooding on the Thames River we have to take more and more into consideration as climate change changes the fundamentals of our understanding,” Peacock says.

There’s concern more debris could collect at the Third Street Bridge in Chatham, which is currently being replaced and out of commission.

He says water levels on the Thames River are expected to remain high for the next few days,

“We think we’ve got through the worst of it and we think we’re going to get through it well.”

Two British Columbia women who say doctors advised them against getting COVID-19 vaccines have filed a constitutional challenge of the province's vaccine passport.