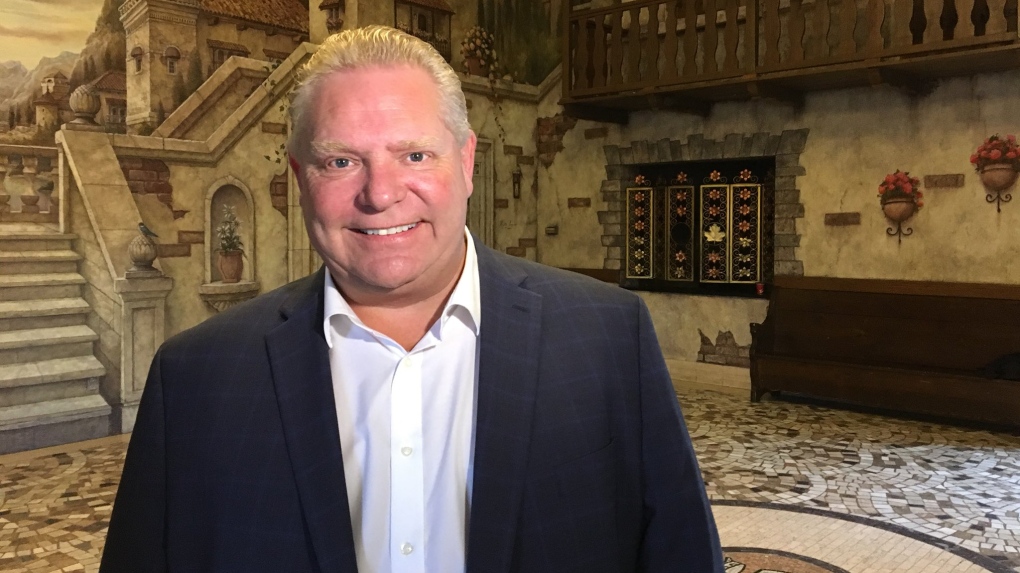 Ontario's Progressive Conservative leader says he is "dead against" safe injection sites and believes the focus should be on drug rehabilitation instead.

Doug Ford says that if elected premier in June, he will do everything he can to fight the ongoing opioid crisis and get people struggling with addiction the help they need, but did not elaborate further.

Ford made the comments in Sarnia after announcing that a Tory government would create 30,000 long-term care beds over the next 10 years, which he said would cut hospital wait times.

The governing Liberals said recently the province had approved funding for seven supervised injection sites, five of which had already opened.

The government has pledged to spend more than $222 million over three years to tackle the growing opioid crisis in the province, with money earmarked to expand harm reduction services and hire more frontline staff.

Government data show there were 1,053 opioid-related deaths from January to October of last year, compared with 694 during the same period in 2016.

Ford, whose late brother Rob Ford struggled with substance abuse and admitted to using crack cocaine, said he believes in "supporting people, getting them help."

"If your son, daughter, loved one ever had an addiction, would you want them to go in a little area and do more drugs? I am dead against that," he said.