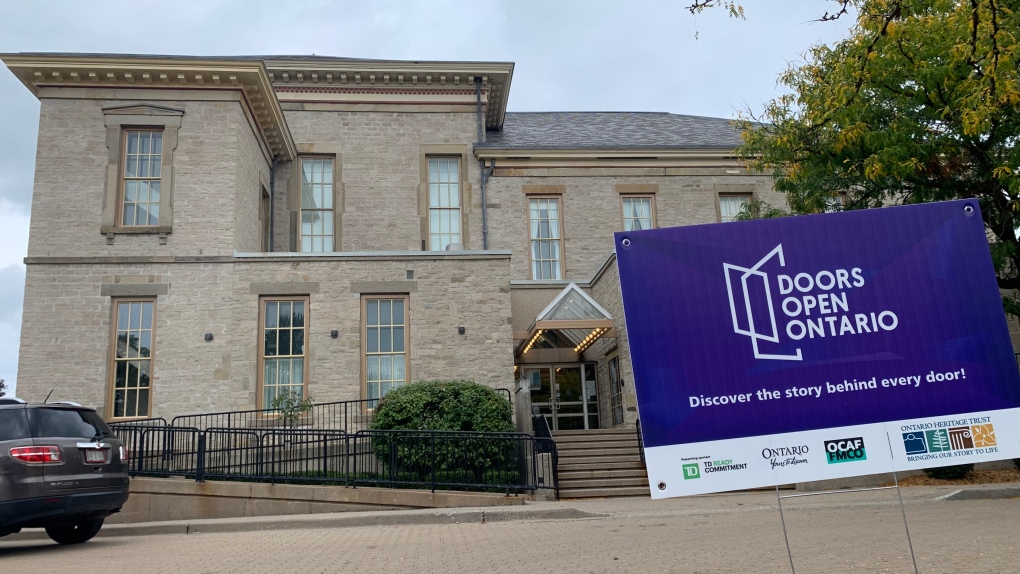 Mackenzie Hall in Windsor on September 25, 2022. The building, built in 1855, was recently restored after extensive work updating the mortar. (Rich Garton/CTV News Windsor)

Windsor, Ont. is home to many historic and heritage buildings, but we often drive by and never get a peek inside.

That opportunity was offered Saturday and Sunday with Doors Open Windsor.

Residents became tourists in their own city with a chance to get a special glimpse of properties like the Duff-Baby House, the Masonic Temple and Mackenzie Hall, to name a few.

Some of these buildings have been standing for hundreds of years.

Mackenzie Hall was built in 1855 by Alexander Mackenzie, who became the second prime minister of Canada a few decades later.

City representatives say the building is a “living link between our legal past and our artistic present” as the former courthouse and jail now serves as a cultural and performing arts centre.

Major masonry work was recently undertaken to restore the building after city officials discovered the wrong type of cement was used during previous work in the 1980s.

“It was determined that the mortar that was replaced in 1985 was Portland cement and Portland cement is harder than the actual lime and sandstone that exist on the building,” says restoration project manager for the City of Windsor, Brandon Calleja.

The work took place over the last few years and is now complete.

“It's going to allow the wall to breathe and it's going to hopefully last for another century to come,” Calleja says, adding this project is one example of what the city is doing to ensure Windsor’s physical history can remain intact for residents to enjoy.

He adds, “This is probably one of the most significant buildings in the City of Windsor. Certainly one of the oldest, the second oldest in fact, so it’s great to see that there’s money being spent on preserving some of the gems that are left in Windsor.”

Canadian singer Celine Dion was diagnosed with stiff person syndrome, a rare neurological condition with no cure, forcing her to take a step away from her world tour.