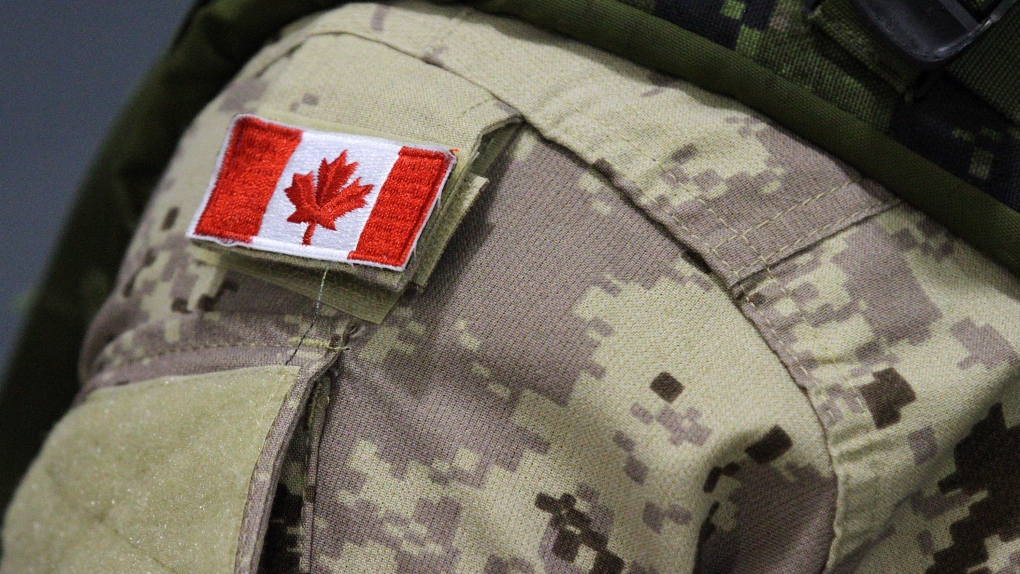 A Canadian flag patch is shown on the shoulder of a member of the Canadian forces at CFB Trenton, in Trenton, Ont., on Thursday, Oct. 16, 2014. (THE CANADIAN PRESS/Lars Hagberg)

WINDSOR, ONT. -- The Canadian Army is letting the public know about local training on Windsor-Essex roads this weekend.

Canadian Army Reserve personnel from the Windsor Regiment – Armoured Recce Patrol Commander course will be conducting mounted reconnaissance training in the South West of Essex County between the Harrow and Kingsville areas on Saturday, March 6 and Sunday, March 7.

Activities will include troop and patrol level movement on planned routes and from the Major F.A. Tilston Armoury at 4007 Sandwich St in Windsor.

All activities will happen throughout the day and night on Saturday and Sunday.

Members of the public may see military vehicles on the following major highways: 401, Hwy 3 and throughout Windsor, and surrounding areas including LaSalle, Harrow, Kingsville and Essex County south of Hwy 401.

“Participating soldiers will be carrying unloaded personal weapons and those mounted on vehicles,” said a military news release. “No ammunition will be present. Personnel will be remaining within their vehicles, except for any required maintenance and resupply.”

Officials say this important training is being conducted in order to maintain and further develop the skills of Canadian Army Reserve soldiers in Armoured Reconnaissance operations, and to practice discipline, safety and effectiveness while operating specific vehicle platforms within local areas.

All of the soldiers participating will be practicing enhanced Force Health Protection Measures based on, and in addition to Public Health guidelines, including wearing masks, extra sanitizing of equipment and hands, and physical distancing where possible.

All measures are being taken to ensure minimum inconvenience to those in the area, although certain areas may be inaccessible during the exercise dates. Members of the public are asked to use extra caution when approaching military vehicles, and are thanked in advance for their understanding and co-operation.