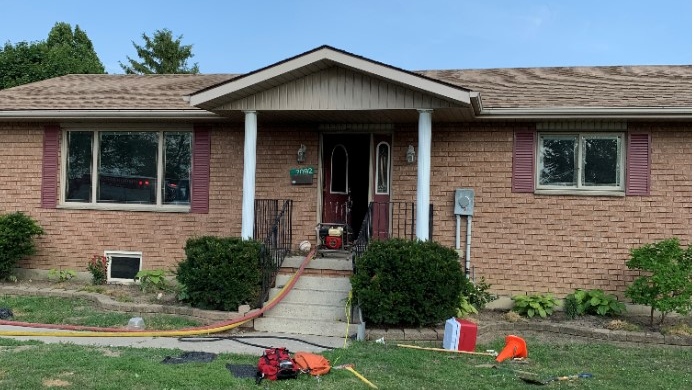 LONDON, ONT. -- A firefighter was taken to hospital and a family dog was killed following a house fire in Chatham-Kent Tuesday afternoon.

Fire crews were called to 7092 Pain Court Line in Pain Court just after 3 p.m. for a reported house fire.

Crews from Dover, Raleigh North, and Tilbury were all called to assist with battling the blaze.

While no occupants were reported injured one firefighter was taken to hospital with unknown injuries and a family dog died in the fire.

Fire officials say the firefighter was later released from hospital.

The blaze remains under investigation and a cause has not yet been determined.

No damage estimate has been released.