Lawyers on both sides explain the legalities of a dog custody case in Windsor.

Two people have been fighting over Lemmy, a black Newfoundland dog, for over two years.

Lemmy was purchased by Greg Marentette. He hired Samantha Roberts to dog sit. 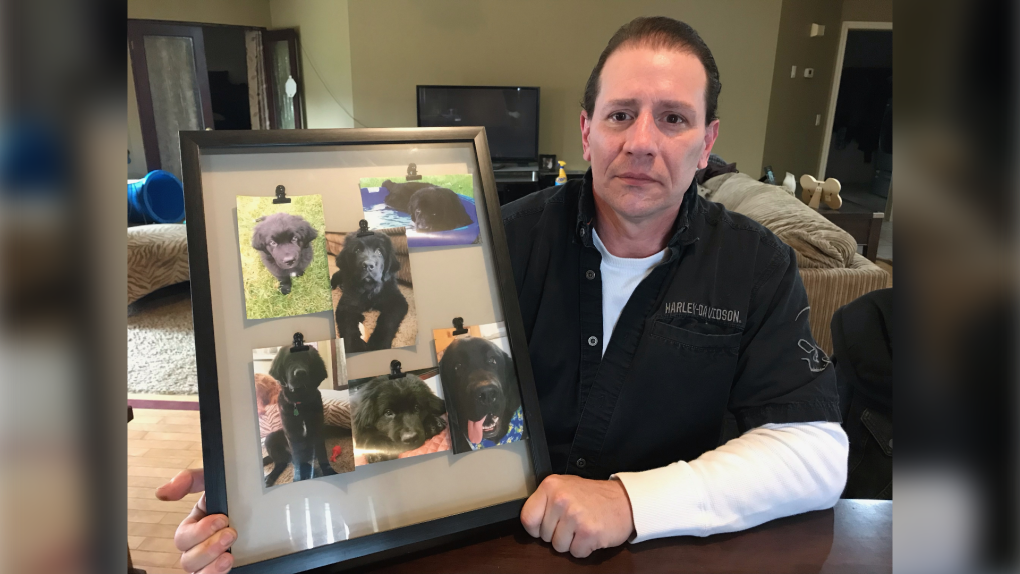 Over time however, their relationship and arrangements deteriorated, with Roberts refusing to give the dog back.

Now the matter is tied up in court. At issue, is who owns Lemmy.

“I would never give my dog away. Never. He did too much for me,” said Marentette.

But Marentette did hire Samantha Roberts to help take care of Lemmy.

Over time, her care, turned to affection and a reliance on the dog as a service animal.

“I think it's the least that I can do that I fight for him as well to keep him where he's grown up,” says Roberts.

Roberts showed the court text messages with Marentette where they refer to Lemmy as “their” dog and how he’s lucky to have such great parents. 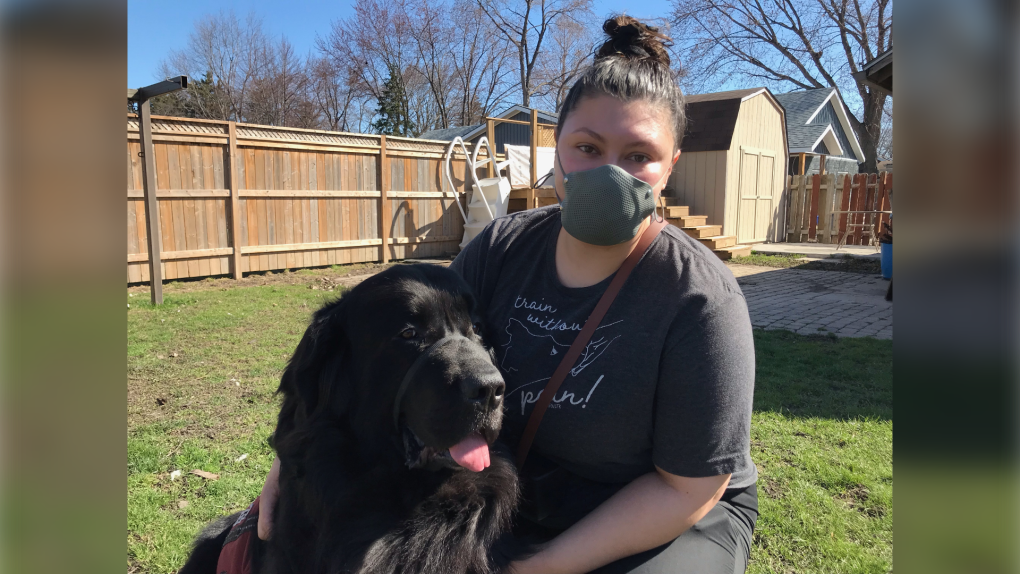 Samantha Roberts says she depends on Lemmy as her service animal in Windsor, Ont. on Wednesday, April 13, 2022. (Michelle Maluske/CTV Windsor)

“He talked to my parents and he asked if it was okay if Lemmy lived here. My mom said he's already living here. There's no problem with that,” says Roberts.

“Nothing was legal. It was all I thought and I figured, it's all up in your mind. Nobody had this conversation with you,” says Marentette.

Justice Kristen Hales ruled “the defendant (Roberts) engaged in behaviour that was designed to convert the dog to her own use by taking advantage of the arrangement with the plaintiff (Marentette).”

“I really feel like there's an injustice in this case, and that my client has been ordered to essentially surrender her service dog,” says Andrew Colautti, Roberts’ lawyer.

While an appeal was launched, Colautti successfully argued Lemmy remain in his clients care.

That’s when Marentette hired his own lawyer, Joe DeLuca.

“It seems like Greg was treated with great disrespect,” says DeLuca.

DeLuca argued there is no proof Marentette agreed to co-ownership and says text messages aren’t enough.

“And if we lived in a world where we took these colloquial expressions, literally, there would be chaos,” says DeLuca.

In a last ditch effort, Colautti has now asked the Ontario Court of Appeal to consider the case.

“He's got to convince three judges that the last two judges were wrong in law,” says Marentette.

Colautti says anyone who’s had a dog knows that.

“You form unique connections with them, and it's not a bicycle. Right? And the law needs to reflect that in my opinion,” says Colautti.

All the while, Lemmy is with Roberts and the only time Marentette has seen his dog since 2019, was on day one of the initial small claims trial.

“Soon as I walked by the stand he saw me, he started bawling his eyes out and started whining and crying. It just broke my heart and I'm like looking at the judge. I'm like, if that's not my best witness, give me my dog back you know?” says Marentette.

Now they wait. Both lawyers hope to know in the next few weeks whether not the Ontario Court of Appeal will hear the case

If it’s rejected, Colautti says Roberts will have exhausted every legal avenue and will have no choice but to return Lemmy.

The Canadian men’s national team returns to the FIFA World Cup pitch on Thursday to face Morocco. Already eliminated, the country is still looking for its first point of the tournament. CTVNews.ca will follow the match live.

Parents can apply with the Canada Revenue Agency starting today to receive the children's dental benefit that the federal Liberals say is intended to provide cost-of-living relief to low-income Canadians but that critics say is a drop in the bucket.