Do you need a helmet to ride an e-scooter? Windsor councillors will debate 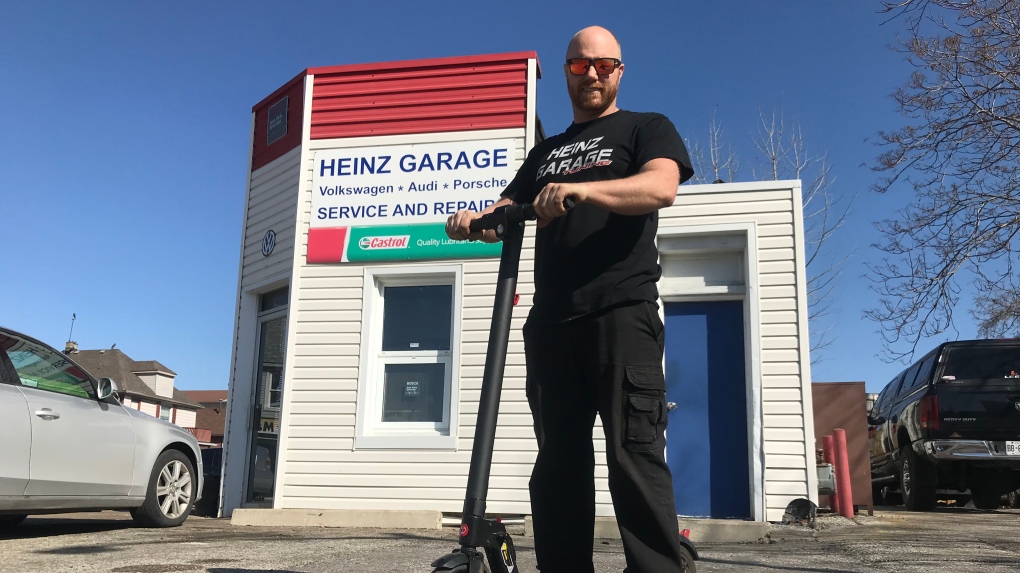 Derek Snider poses with his e-scooter in Windsor on Feb. 21, 2020, ahead of a council discussion over bylaws regulating the mode of transportation. (Rich Garton / CTV Windsor)

WINDSOR -- E-scooters are coming to Windsor roadways but not until city council hammers out a series of bylaws to regulate the new method of transportation.

It’s in response to a pilot project launched by the province to allow the electric scooters, which gives municipalities control over specific regulations.

Chief among those rule considerations Windsor council will debate on Monday is whether to force all electric kick-scooter riders to wear helmets – or just users between the ages of 16 and 18.

“It’s really finding that balance between ensuring safety and encouraging riders,” says Ward 2 Coun. Fabio Costante, who sits on the standing committee that recommended against a blanket helmet bylaw.

“I don’t want to introduce a poison pill to this new mode of transportation by mandating helmets for everybody,” Costante says. “I think it could have a really negative effect on this thing picking up.”

However, the city’s administrative recommendation, which suggests all riders wear a helmet, references injury data from other jurisdictions.

“The picture that we’re getting is that a significant number of injuries that result in ER treatment for e-scooter riders involve head injuries,” says Jeff Hagan, the city’s senior engineer of transportation planning.

“There’s very low helmet usage in most of the jurisdictions and helmets weren’t required for many users who were treated in the hospital,” he says, adding most of those users also had little to no experience riding e-scooters.

Based on those findings, staff at the Windsor Regional Hospital Trauma Unit, as well as the Windsor-Essex County Health Unit believes helmets should be required for all users, regardless of age.

Derek Snider, 36, bought an e-scooter in 2019 after they caught his eye during a trip to Nashville, Tenn. He’s been operating it regularly on Windsor’s roadways for short trips to the bank or to get food downtown.

Snider says there are many safety concerns out of the riders’ control, including road conditions and vehicular traffic.

“You can control yourself, but you can’t control everyone else and you don’t know what anyone else is going to do,” he says. “A car can come around a corner and hit you. No helmet, and that’s it.” 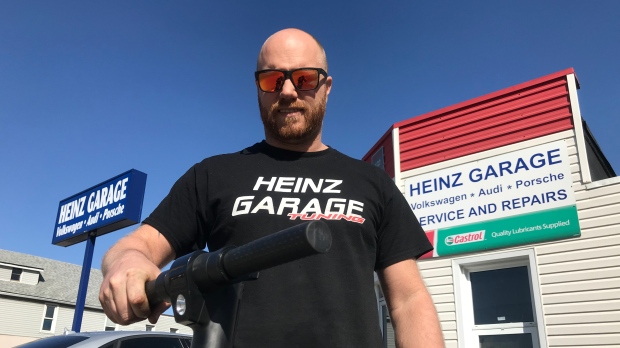 “If you don’t have experience riding things like this, if you’re not really agile, quick and not used to being on two wheels, haven’t ridden a bike in 10 years, then I would definitely suggest a helmet,” he says.

Other rules council will consider as part of the bylaw include limiting the top speed of 24 km/h and ensuring each e-scooter is equipped with a horn or bell. The province has mandated riders must also be over 16 and cannot ride on sidewalks.

E-scooters are prevalent in many major Canadian cities, including in Calgary and Vancouver. The alternative transportation is also common in major U.S. hubs like Austin, Nashville and even across the river in Detroit. They are especially popular in tourism destination cities where visitors may not have vehicular transportation while vacationing but still want to make short trips.

Due in part to their popularity, the province announced the five-year pilot project commencing Jan. 1, 2020, giving municipalities the final say over whether to allow e-scooters on city streets, parks and trails.

"Ontario's five-year e-scooter pilot will give people a new, clean and green way to get from point A to point B in their communities," said Vijay Thanigasalam, parliamentary assistant to Minister of Transportation Caroline Mulroney, in a news release issued on Nov. 27. "This pilot is another way that our government is giving consumers more choice and making Ontario open for business."

As of right now, city council is only creating bylaws to govern personal use of e-scooters and not private operators.

“We’ve had calls from a few asking if we will be allowing them to operate in the city,” says Hagan, though he won’t indicate which ones.

He says the city is in the process of crafting another report to council that will deal specifically with ride-sharing and rental services provided by popular private operators like Bird, Lime and Uber. Hagan offered no timeline but says it’s in the works. 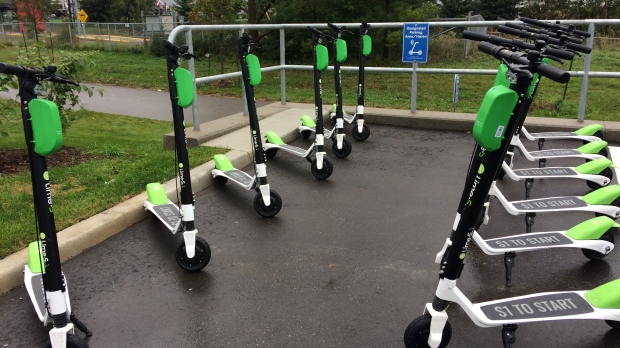 Snider says the city will want to consider how people treat rental units and where they will be stored, based on his experience in Nashville.

“People leave them laying everywhere and it pollutes the sidewalks,” he says.

Costante says he will implore council to balance the need for more riders, the enforcement practicality for police and consistency with existing bike laws. He says it’s also part of a wider conversation about encouraging alternate modes of transportation and how that fits into the city’s active infrastructure network.

“If we’re going to talk about safety, the biggest way to mitigate risk is how we design our streets, not helmets,” Costante says. “We’ve got to be mindful of the big picture – which is encouraging more active transportation in our neighbourhoods.”

Hagan says city leadership’s initial concern is ensuring public safety but is encouraged by the benefits offered by allowing e-scooters on city streets.

“These shared mobility devices have some pretty good potential to solve the first mile, last mile issue trying to get people to-and-from transit,” Hagan says, suggesting they could also eliminate car trips. “We see a lot of potential from that perspective.”