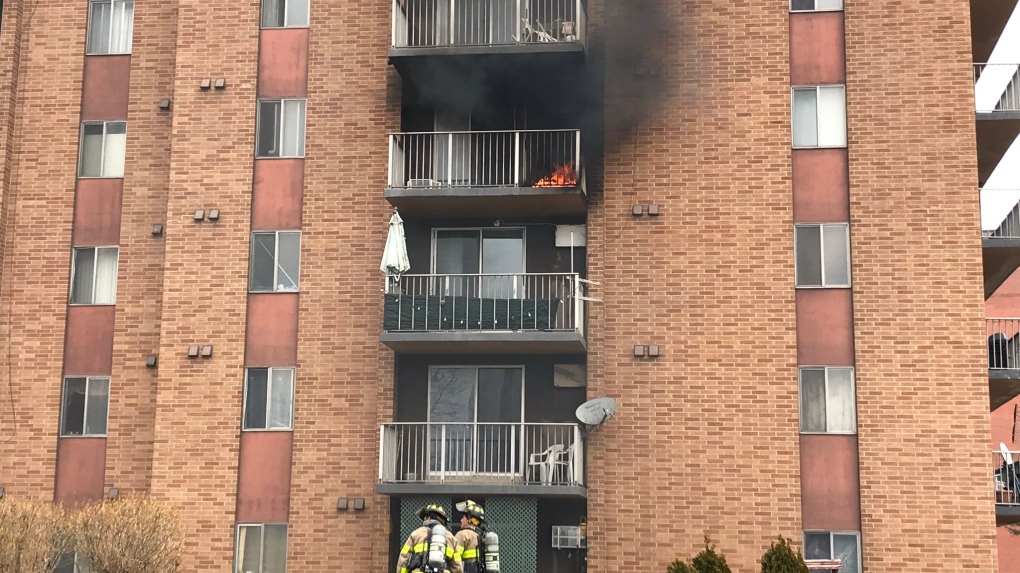 WINDSOR, ONT. -- A fire at a downtown Windsor apartment building has been put out by Windsor Fire and Rescue crews.

Fire crews responded to Marine City Apartments at the corner of Tecumseh Road and Ouellette Avenue just before 1:30 p.m. Wednesday.

The fire was contained to a fourth floor balcony, according to tweets from Windsor fire officials.

Chief Fire Prevention Officer John Lee says the fire was caused by a discarded cigarette which ignited a chair on the balcony.

No injuries are reported.