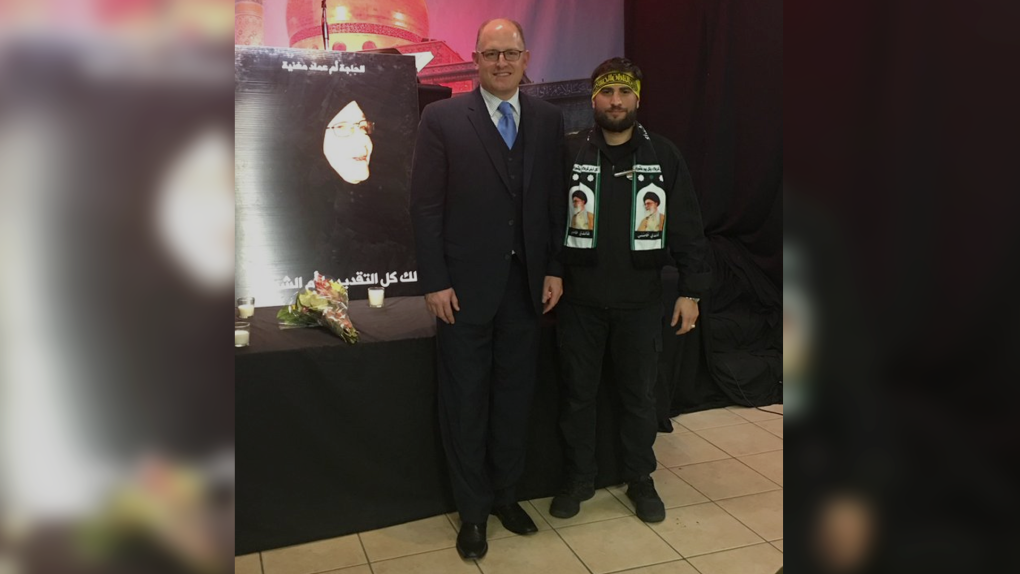 Mayor Drew Dilkens at an event in October of 2018 at Ahlul-Bayt Mosque. (Source: Firas Al Najim/Twitter)

Windsor Mayor Drew Dilkens is responding to some criticism on social media after a photo was posted of him taken four years ago.

Dilkens can been seen posing with someone wearing a scarf depicting the leader of Iran.

It was taken in October of 2018 at Ahlul-Bayt Mosque and posted on Twitter earlier this week.

In a statement, Dilkens writes "Thousands of photographs have been taken at community functions with individuals of all backgrounds. It is impossible to know the motivation and views of each individual who asks to have their photo taken with me.

Obviously I condemn hate, discrimination and violence in all forms."

The Biden administration is considering a plan to shoot down a large Chinese balloon suspected of conducting surveillance on the U.S. military, by bringing it down once it is above the Atlantic Ocean where the remnants could potentially be recovered, according to four U.S. officials.

The Arctic air that descended on the Northeast on Saturday brought dangerously cold sub-zero temperatures and wind chills to the region, including a record-setting wind chill of minus 108 degrees Fahrenheit (minus 78 C) on the summit of Mount Washington in New Hampshire.