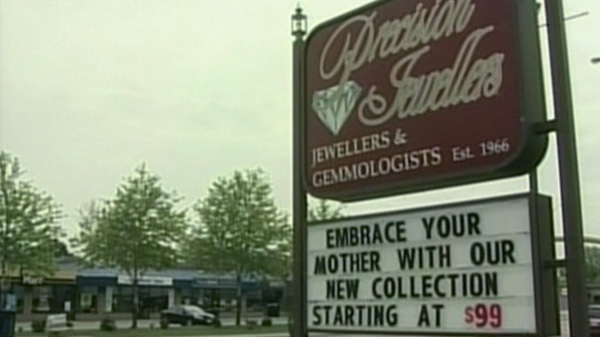 A diamond that was swallowed has been returned to its rightful owners.

A man who faces charges for swallowing a $20,000 diamond in Windsor was sentenced to four years in jail at a Toronto courthouse.

Court documents show Richard McKenzie Matthews, 52, was handed the sentence Thursday at the Old City Hall Ontario Court of Justice in Toronto. Matthews was accused of switching a diamond for a cubic zirconia in a Toronto area jewelry store.

John Shiha, co-owner of Precision Jewellers where the Windsor theft took place in May 2012, says the diamond is now locked away in a safe.

Windsor police say Matthews swallowed the 1.5 carat diamond in the store and returned a fake one to store staff. When the switch was discovered, Matthews was held in custody while the diamond passed through his system.

He also received an 18-month sentence for breach of probation, but that runs concurrently with the four-year sentence.