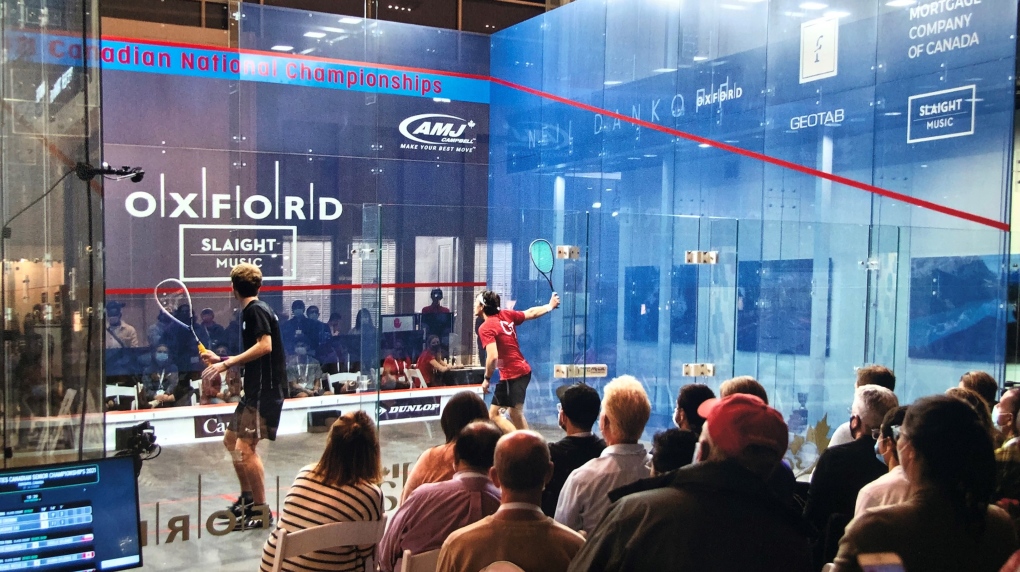 A new feature will soon be installed at Devonshire Mall that has little to do with retail.

An all-glass Power Court will be installed in the former food court area, now referred to as The Great Court for a series of tournaments from Aug. 15 to 21.

“I’ve always had an affinity for Canadian squash including winning my first World Championship in Toronto in 1981. I am excited to be part of this vision that will no doubt bring exposure to our great sport and develop our athletes,” said Khan.

Professional squash players will compete for $50,000 (USD) in prize money.

He adds the venue should provide a springboard for local talent and raise interest in the game by showcasing the sport in a public location.

The week will kick off with Women’s and Men’s 3K Satellite events held on the Power Glass Court in Devonshire Mall and at the Windsor Squash and Fitness Club from Aug. 15 – 17.

The week will be capped off by the inaugural JK Windsor Cup Men’s Invitational.

Ticket and schedule information can be found online.

A letter of support signed by 30 prominent Quebecers, including academics, activists, and community leaders, is asking that Amira Elghawaby be given the chance to fulfil her mandate as Canada's first special representative on combating Islamophobia.