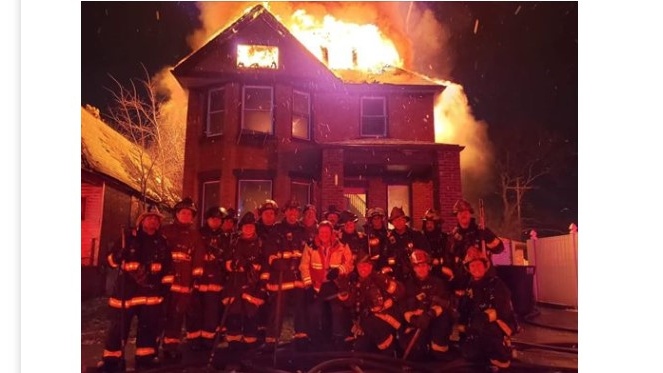 Detroit firefighters posed in front of a burning house in a photo that has been deleted on Facebook. (WXYZ.com / Facebook)

DETROIT -- Detroit's fire commissioner says a group of firefighters who posed for a photo in front of a vacant burning home will be disciplined for what he calls their "momentary lapse in judgment."

Detroit Fire Commissioner Eric Jones said Friday an investigation determined the firefighters entered the house Dec. 31 to fight the blaze but were ordered out amid concerns about the building's safety.

He says in a statement that a suggestion was then made to take a photo with a retiring battalion chief in front of the building. He called that "inappropriate behaviour."

He says all involved will face discipline but declined to discuss details.