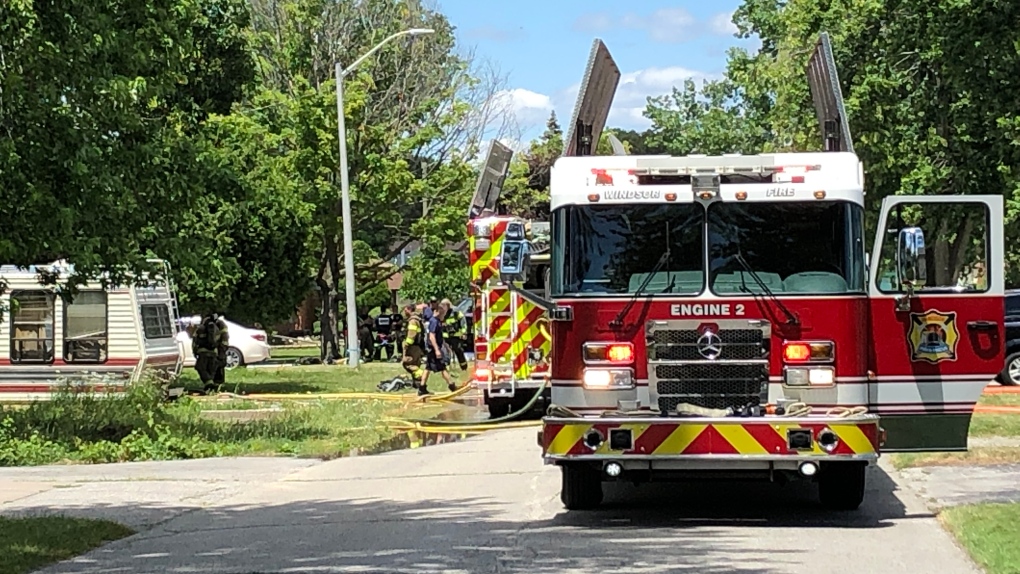 Windsor firefighters at a fire in the 3700 block of Turner Road in Windsor, Ont., on Monday, June 27, 2022. (Gary Archibald/CTV News Windsor)

Three people are displaced following a house fire near the Devonshire Heights area on Monday.

Windsor firefighters responded to the upgraded working fire in the 3700 block of Turner Road.

Fire officials say there were no injuries reported as a result of the blaze.

Windsor police had Turner Road closed to Traffic between Melinda and Ledyard as crews worked to put the fire out.

Officials say the cause of the fire is accidental and the damage is estimated at $240,000.

Power has been restored in Toronto's downtown core after a widespread outage caused major disruptions in the city Thursday.

Man who tried to breach FBI office killed after standoff

An armed man clad in body armor who tried to breach the FBI's Cincinnati office on Thursday was shot and killed by police after he fled the scene and engaged in an hourslong standoff in a rural part of the state, the Ohio State Highway Patrol said.