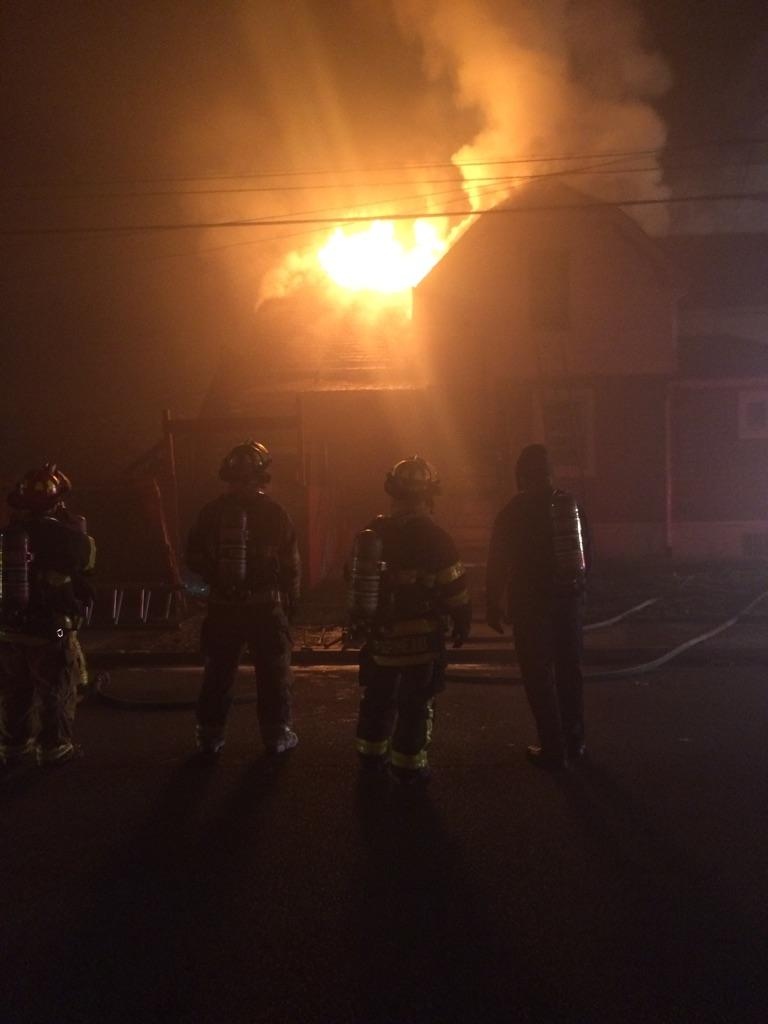 Firefighters examine a home as flames burst out the roof on Monday, November 7, 2016. (Courtesy Windsor Police)

Damage is estimated at $150,000 and the cause is listed as undetermined due to extensive damage.

Officials say crews were forced to exit the building and take a defensive stance due to the conditions.

Flames could be seen coming from the roof and additional units were called in to help fight the blaze.

The fire was reported sometime after 1 a.m.