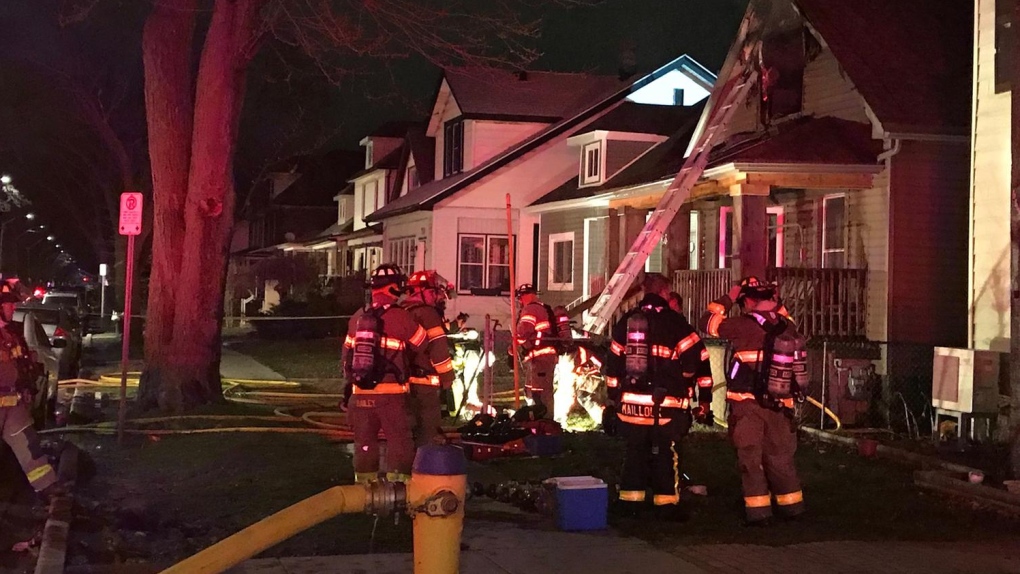 Firefighters arrived to find fire on both floors of the house.

Officials say the blaze started in the living room on the first floor.

No injuries were reported and the cause is listed as undetermined.