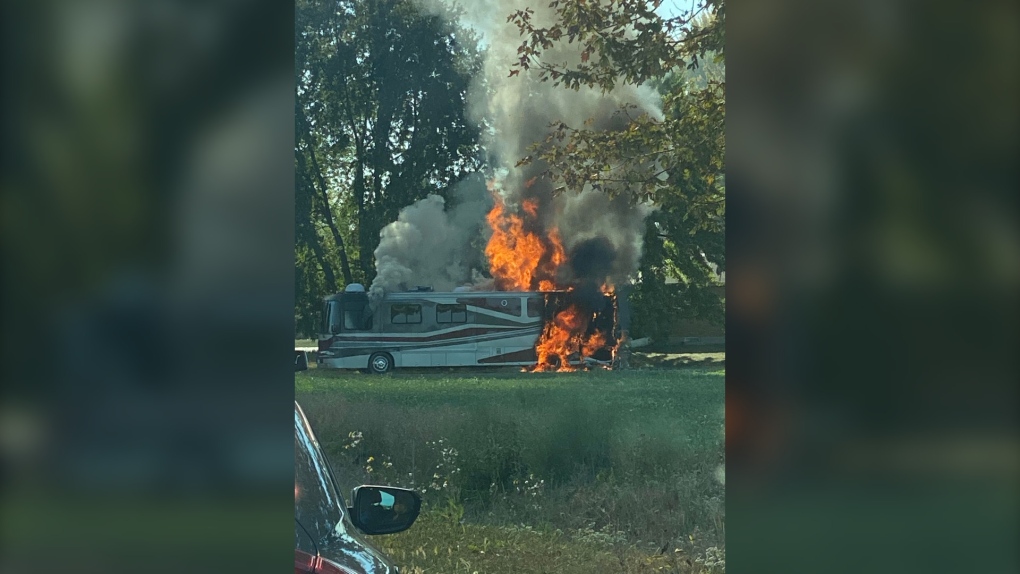 Firefighters were called out to Malden Road near Manning Road for the RV fire in Tecumseh, Ont., on Tuesday, Oct. 4, 2022. (Source: Michelle Hart) :

Firefighters were called out to Malden Road near Manning Road for the RV fire around 3:45p.m. on Tuesday.

Deputy Fire Chief Kevin Kavanagh said the 2002 model year unit was parked on a laneway leading to a field.

“Fortunately it was not close to anything else which could burn,” he said.

Kavanagh said the owner was going to move the 40-foot RV when he heard a loud noise from the back, and called for help when he went to check it out and saw the fire.

Kavanagh added the fire had spread to the interior when crews arrived.

“There is mental on the outside, but the interior uses wood for framing and there is fabric cushions and pillows which can burn.”

There was heavy damage and Kavanagh estimated the loss at $100,000.

Kavanagh said the owner did the right thing and he is thankful there were no injuries.