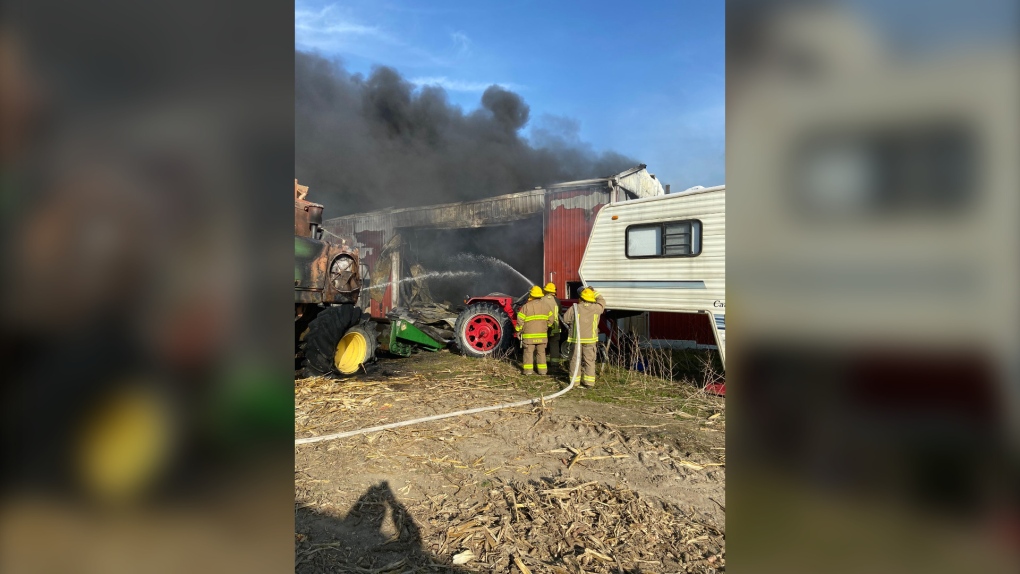 Crews were called to the blaze on Union Line around 5:35 p.m. on Tuesday. Chatham-Kent police and EMS were also on scene.

Firefighters say they were able to contain the fire to the 60x20-foot drive shed and saved numerous exposures including the house, a second barn, a camping trailer, and a semi-truck.

The cause of the fire is undetermined and there were no injuries.

Crews from station 6 - Dresden & station 7 - Chatham South responding to a fire on Union Line in #Dresden.