Custodians work around the clock to remove excess water from schools 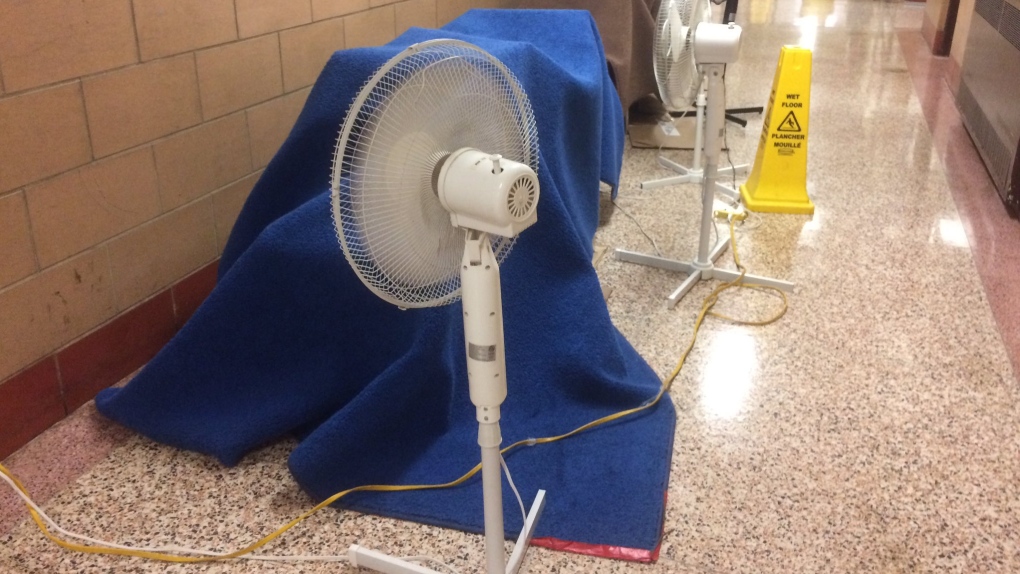 At least 26 schools across Windsor-Essex were impacted by the heavy rainfall, Aug. 30, 2017. (Michelle Maluske / CTV Windsor)

At least 26 schools across Windsor-Essex were damaged, either from water coming up the drains or rain seeping in through the ceiling.

When Leigh Anne Smith, a grade five-six teacher, came into Glenwood to set up her classroom today, she was pleasantly surprised to find her school in tip top shape.

“I know how badly this neighbourhood got hit,” says Smith. “A lot of our community families had basements flooded and I was really concerned that we would have a huge flood, because I don't know how they couldn't get hit badly.”

Greater Essex County District School Board officials say they had 16 schools with water damage, but their custodial staff pooled their resources and worked through the night to get the water out and the floors and ceilings fixed.

At the Catholic board, 10 school were affected.

Spokesperson Steve Fields says all of theirs are now fixed as well, although they did have to reschedule the holy names Grade 9 orientation, which was to be held today, over to the first day of school next week.

Both boards credit their staff with fixing the damage quickly.