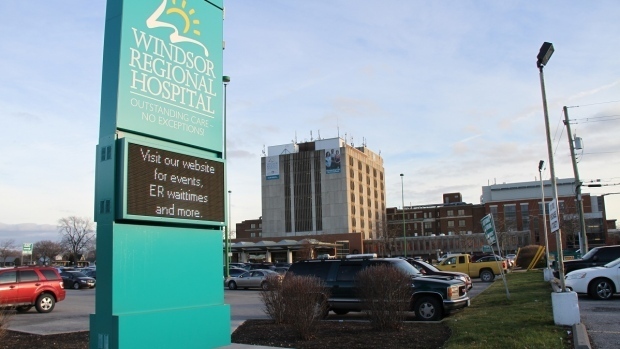 The outbreak is on the 4N floor of the Metropolitan Campus following the COVID-19 cluster investigation announced on Friday, Dec. 11.

WECHU said as of Thursday, eight individuals, including six staff members and two patients on the floor have tested positive for COVID-19.

“Outbreak prevention measures were already implemented by the hospital when the cluster was found and will remain in place,” said a statement from Dr. Wajid Ahmed, medical officer of health.

Ahmed said ongoing testing of staff and patients has already been undertaken.

Patients will not be transferred out unless discharged home or for medical necessity (for example, if a patient requires a move to a critical care unit should their medical condition worsen).

“Two patients who were on 4North initially tested negative while in hospital and then were discharged home. Both were readmitted and upon admission with symptoms consistent with COVID tested positive for COVID-19,” said WRH chief of staff Dr. Wassim Saad.

Saad added that WRH is monitoring the situation on 4North very closely and the hospital has already implemented aggressive infection prevention and control measures. These precautions are also being instituted across both campuses and on all units.

“The hospital remains a safe place to receive treatment and care,” Saad said.

Due to privacy considerations, the health unit is unable to disclose publicly any further details about the cases or the number of close contacts at the hospitals.

There was a previous outbreak at WRH at the end of November. It is considered resolved.

WECHU reports there are 27 active outbreaks in the region.