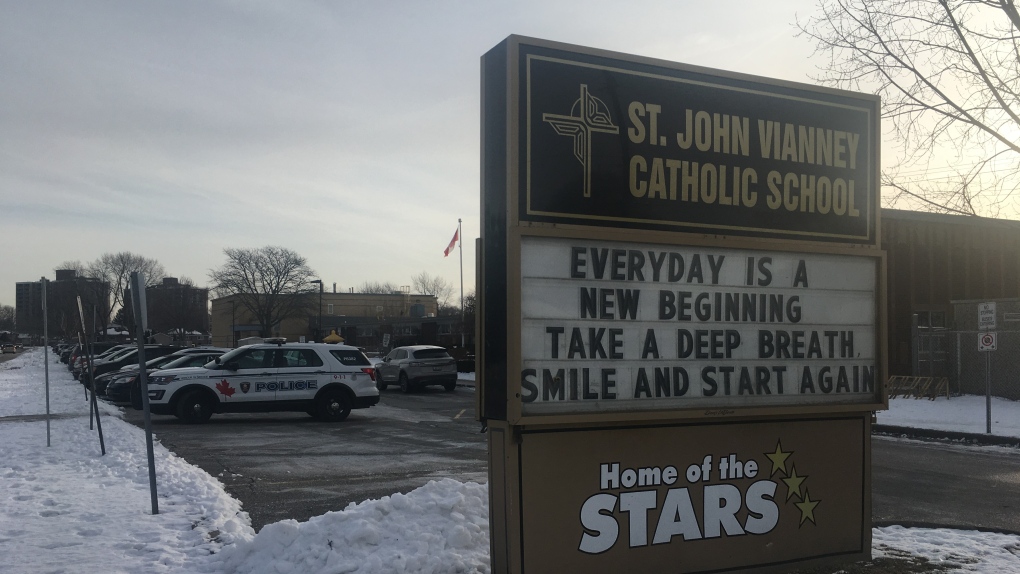 WINDSOR, ONT. -- The Windsor-Essex County Health Unit has declared a COVID-19 outbreak at St. John Vianney Catholic Elementary School after another positive case was reported in a previously dismissed cohort.

A news release from the Windsor Essex Catholic District School Board says the board received confirmation of the additional positive case in one of the two cohorts that was dismissed on April 6. As per the province, an outbreak is declared if there are two or more cases in a school and if there is evidence that at least one case could have been infected in the school.

“The affected cohort and the school community has been informed that a variant of concern has been identified in this cohort, however at this time, the outbreak is limited to the cohort that was dismissed and all other students and staff at St. John Vianney are deemed low-risk and may continue attending school as usual, unless otherwise directed by the health unit,” the board says.

The board has been working with the health unit by giving lists of students and staff who may have been affected. The health unit is contacting individuals and will give directions for them to follow.

The board has issued a voice note as well to let parents know if they are not contacted by the health unit, they may continue attending school as usual.

Ontario schools are currently on their April break until Monday, April 19.