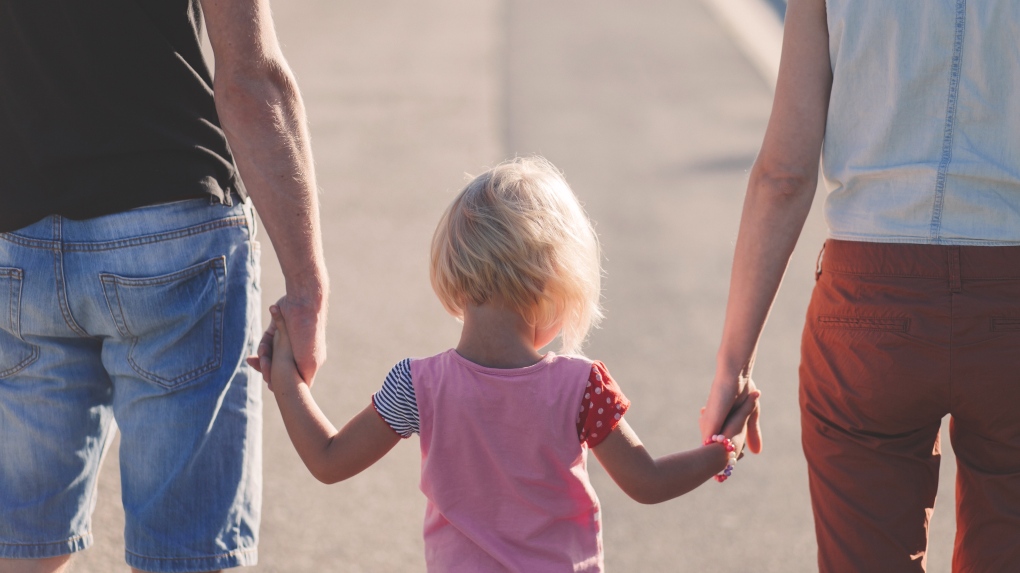 TORONTO -- Parents who share custody of their children should continue to split parenting duties with their former spouse during the COVID-19 pandemic, unless there is evidence the kids' health is at risk, Ontario courts advise.

Though it has reduced its operations due to the public health emergency, the Ontario Superior Court of Justice recently issued a handful of rulings setting out guidelines for parents confused about how restrictions related to the novel coronavirus affect custody arrangements.

While government and health officials stress the need to stay home, keeping children in their primary residence -- and thus away from the other parent -- that is generally not in their best interest, the court said.

"In troubling and disorienting times, children need the love, guidance and emotional support of both parents, now more than ever."

As such, Pazaratz wrote, the presumption is that existing parenting arrangements and schedules should continue in the majority of cases, while potentially making changes to transportation or exchange locations to ensure physical distancing guidelines are followed.

Some parents may have to forgo time with their child if they are under self-isolation due to recent travel or exposure to COVID-19, the judge wrote.

Parents who believe their ex isn't taking the necessary health precautions can file an urgent motion with the court to review custody arrangements, but they must point to specific behaviours or plans that are inconsistent with COVID-19 protocols, Pazaratz said.

"There will be zero tolerance for any parent who recklessly exposes a child (or members of the child's household) to any COVID-19 risk," he wrote.

Justice officials in Quebec issued similar guidelines for parents, stressing the need for collaboration in working out any issues related to the current restrictions.

"The custody or access order should be complied with as much as possible," the Ministere de la Justice said on its website.

"However, during this pandemic, you can try to work out new terms with the other parent to minimize travel."

The province has set up a free legal aid hotline for residents unsure of their obligations during the COVID-19 crisis, which it said includes custody issues.

The Law Society of Ontario has also launched a hotline connecting callers with family lawyers who can provide 30 minutes of free legal advice to help determine if their matter is urgent.

Though there will likely be many more cases dealing with custody issues in light of the pandemic, Pazaratz's ruling and at least two others issued by the Ontario courts send a "clear message" to parents, said Nicholas Bala, an expert in family law at Queen's University in Kingston, Ont.,

"The message is...be reasonable, act in good faith and expect some eventual accountability if you haven't done that," he said, adding any breaches of custody orders will be noted once the courts resume normal operations.

This can be a difficult situation to navigate for many separated parents who feel "an understandable degree of hostility or mistrust towards the other person," but they must focus on what's best for their child, he said.

Nadine Russell, a family lawyer with Siskinds LLP in London, Ont., said it's likely some parents have withheld access to children in a panic, but stressed there is almost always an alternative.

Even if a parent who normally has some access is quarantined due to the virus, video calls can be arranged so children can stay in touch without endangering their health, she said.

"However we can maintain relationships, we should do that," because no one knows how long the pandemic will last, she said.

For Nicole Odermatt, physical distancing restrictions and prolonged school closures have meant dramatically altering custody arrangements with her ex-husband, with whom she shares the care of two young children.

The Cambridge mother said she and her ex normally take their children -- a six-year-old boy and three-year-old girl -- for a week at a time, starting on Fridays.

But her ex has asthma and fell ill last week, and his partner is pregnant, which makes them both more vulnerable to COVID-19, Odermatt said.

So Odermatt, who works in the travel insurance industry, picked up the kids early, planning to work from home and care for them at the same time, she said.

Her workload proved overwhelming due to widespread travel cancellations, however, and Odermatt is now using up her paid leave from work, she said.

"It's more (about) damage control/minimizing-the-risk situation at the moment," she said. "Obviously, he misses them, they miss him. It's hard for me to have them full time but we've got to do what we can to keep everybody as safe as possible."

-- with files from Cassandra Szklarski

This report by The Canadian Press was first published on March 30, 2020.