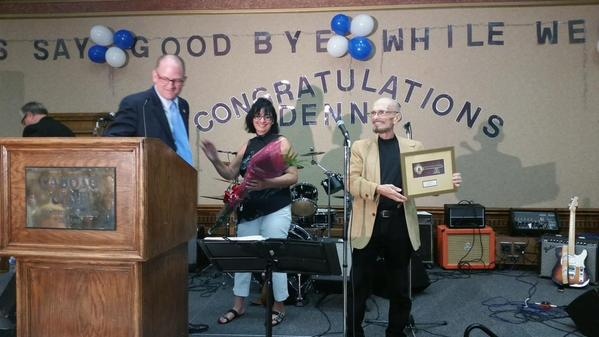 A Windsor man who has been battling cancer for 11 years received a key to the city on Sunday.

Dennis Solet was given the key by mayor Drew Dilkens during his "Let’s Get Together to Say Goodbye While We Still Can" party at the Caboto Club.

Solet wanted to to throw a party for himself to say thanks.

"This is a chance for me to get together, while I've still got health to say goodbye to everybody in my life. My family my friends. Everybody that's been throughout my life, to be able to look them in the eye and say, 'I love you and thank you for being part of my life," says Solet.

Solet has been fighting colon cancer since being diagnosed in 2004.

He  was originally told he had 6 months to live but 101 cancer treatments later, he's still going strong.

"I'm currently still on a cancer pill, with a clinical trial out of Toronto right now," he says.

The 67 year old is a former teacher within Windsor's Catholic elementary and secondary school system.

"It's all about choosing to live now. Don't wait. It's a message to the public that even if you're sick, do all the things that you wanna do now," Solet says with a smile.