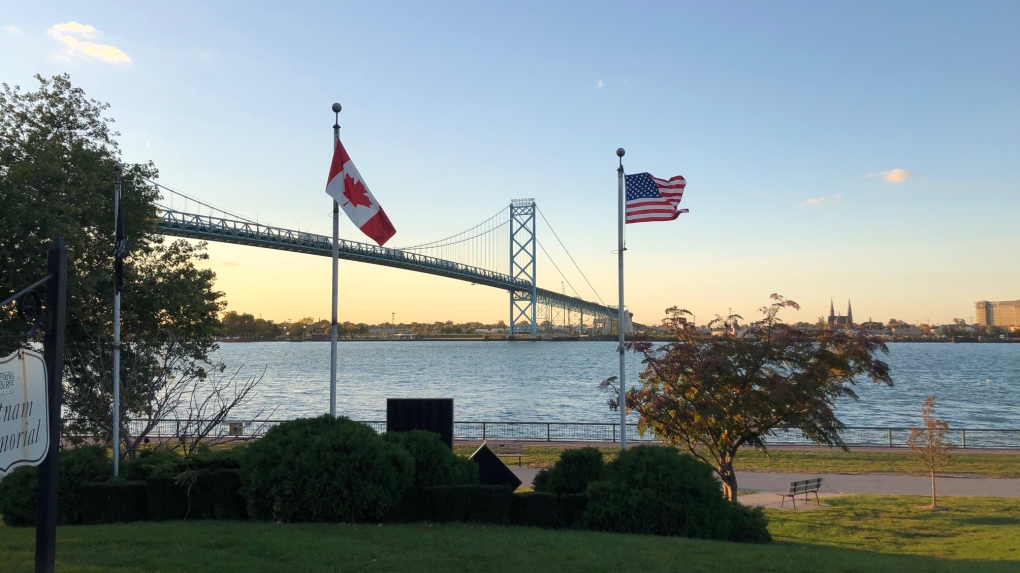 WINDSOR, ONT. -- A group of researchers from the Cross Border Institute (CBI) at the University of Windsor think COVID-19 antigen testing could help reopen the border with the United States.

“They (antigen tests) are cheaper and quicker, but can be turned around much faster and would screen out the vast majority of cases in a population that are tested,” says Bill Anderson, a professor of political science and director of the CBI.

Anderson and two CBI colleagues draft a nine-page “policy note” to Canadian authorities, urging them to start working on an agreement with their American counterparts.

“It’s not a real easy thing to do, the problem is we could be in this situation for most of 2021, easily,” according to Anderson.

They don’t believe Canadian Border Services and U.S. Homeland Security should do the tests, rather it should be a system where people get tested off-site and they agree to have their results sent ahead to the border.

“Health care screening and screening for infectious diseases is going to be part of the border mandate into the future,” says Anderson.

He says businesses are suffering from a lack of face-to-face contact to conduct meetings and sign agreements.

“Quarantine is usually the killer,” he says of landing new contracts.

While he says trucking levels are equivalent to this time last year, Anderson adds “trade that’s going to happen in the future depends on agreements that are being made now, and that often requires people getting face to face.”

The Cross Border Institute is calling on the federal government to start planning for border testing now.

“If we get to some point in April or something and we say boy it would be useful to be able to get more people across the border, let’s get an agreement with the United States, well that’s going to take months.”

An agreement was reached in mid-March to close the land border between Canada and the United States to non-essential travel.

That agreement has been renewed every month since.