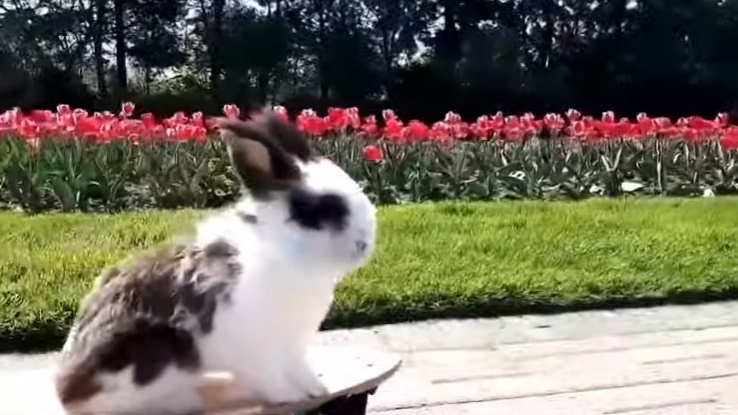 WINDSOR, ONT. -- A Windsor rabbit who made headlines for his tobogganing adventures is back in the spotlight showcasing another talent.

Cookie has traded in the slopes for the pavement and has been spotted on camera rolling on his skateboard along Windsor’s riverfront — a video that’s again gone viral.

Gudel told CBS the seven-year-old bunny has been skateboarding most of his life.

Cookie’s first claim to fame came after Gudel filmed him and the bunny tobogganing in Tecumseh, a video he told CTV News caught on like “wildfire.”

“All of a sudden, you know, Cookie’s all across North America, literally,” Gudel said at the time.

Cookie is quite the athlete, Gudel has taken him bike riding, running and skateboarding.

When he’s not on the board or the hill, Cookie also spends time visiting children at local hospitals.