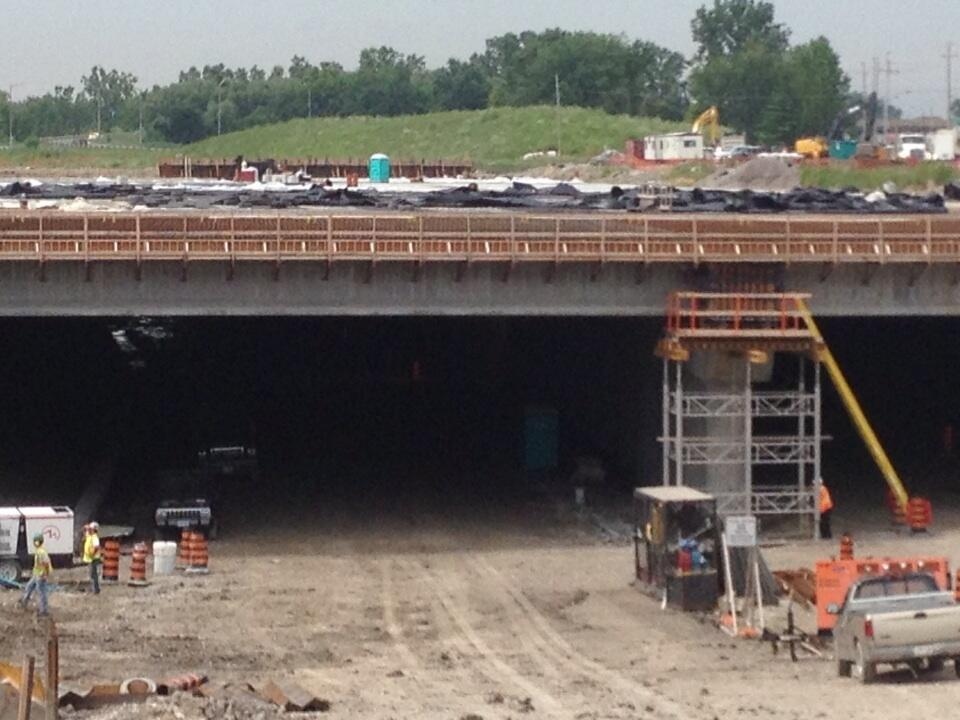 Girders are the concrete support beams that cap tunnels being built throughout the parkway in Windsor, Ont.,on July 23, 2013. (Christie Bezaire / CTV Windsor)

A contractor for the Herb Gray Parkway has pleaded guilty and has been fined $120,000 in the death of a worker who was killed by a falling steel concrete-forming panel, according to the Ministry of Labour.

The defendant, 1256458 Ontario Ltd., is a construction contractor for road construction projects. It provided workers to PCR Contractors Inc., which was performing structural concrete work as part of a project to build 11 kilometres of road access to the new Windsor-Detroit Bridge.

On June 17, 2014, a six-member crew was working at Tunnel 7 project located southeast of the intersection of Huron Church Road and Todd Lane in Windsor.

The crew was installing and removing pre-manufactured steel concrete formwork panels which are used to form and hold concrete in place until the concrete has cured and the panels can be removed. The panels weigh about 2,800 pounds and are about 20 feet long and eight feet high.

While one panel was being hoisted away by the crane, another panel separated from the wall and fell on one of the workers located below the tunnel deck. The worker suffered crushing injuries which proved fatal. The MOL has more details of the incident here.

OPP identified the man as Giuseppe Serra, 40, of Windsor.

A Ministry of Labour construction health and safety inspector conducted an investigation, which found that all training and site safety procedures, job safety analyses and other steps taken to ensure safety were provided by the contractor performing the structural concrete work.

While that contractor had provided training, through site supervision, to the workers for the installation and removal of the formwork panels, this training was insufficient for the protection of the workers, says the ministry.

The sentence was handed down in Windsor court by Justice of the Peace Susan Hoffman on Sept. 17, 2015.

In addition to the fine, the court imposed a 25 per cent victim fine surcharge as required by the Provincial Offences Act. The surcharge is credited to a special provincial government fund to assist victims of crime.